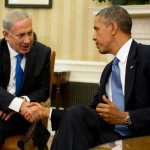 The United States monitored activity on Israeli bases and listened to communications in 2012, fearing that the country was about to strike Fordow, one of Iran’s nuclear facilities.

Senior officials were wary because they learned that Israeli aircraft had flown in and out of Iran in what the U.S. believed were practice routes for a raid.

The U.S. and Israel’s strained relationship is being put to the test with different tactics against Iran while employing covert actions against each other. Read more at The Wall Street Journal.