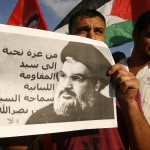 The U.S. Senate unanimously passed a bill that seeks to target and cut off financing for the Iranian-backed Lebanese terrorist organization Hezbollah.

The bill now heads to the House of Representatives for consideration.

In a statement, Rubio—who is running for president—said the legislation would help “guarantee that our government is focused on eliminating this terrorist group.”

“We cannot afford to jeopardize our national security by letting Iran’s leading terrorist proxy, Hezbollah, continue to pose a direct threat to us and our allies including Israel,” he added. “It is time for us to reveal the expansiveness of its dangerous network.”

“Hezbollah, an Iranian-backed terrorist group, poses a direct threat to American and Israeli security, dominates the Lebanese government, fights for the Syrian Assad regime, and possesses an arsenal of 150,000 rockets and missiles. Hezbollah has killed more Americans than any terrorist group other than al-Qaeda, and has recently attempted attacks, some successfully, in multiple countries including Bulgaria, Thailand, and Azerbaijan,” AIPAC said.

“Hezbollah is not just a global terrorist organization that has murdered Americans, Israelis, Syrians and citizens of other nations,” said Jason Isaacson, AJC associate executive director for policy. “Hezbollah’s drug business, money laundering, and other criminal activities are critical for funding its terrorism.”