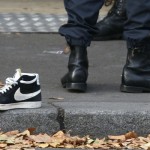 A senior U.S. official says that there is mounting evidence that ISIS was behind the attacks in Paris, but they may have had help, Kimberly Dozier reports for the Daily Beast.

“At this point, there is no reason to doubt its them, but they could be getting help and assistance from other like-minded terrorist groups with expertise like al Qaeda or another extremist organization,” the official said. “We have to leave open the possibility that there was some cooperation with others. What we’ve stopped short of doing is saying it was planned by them in Syria or [ISIS Emir Omar] al Baghdadi blessed it.”

On the positive side, U.S. intelligence has improved with each passing week inside Syria and Iraq, the official said, which could help drive future strikes.

“There is an effort to be forward leaning as there has ever been with French,” in sharing such intelligence to help guide their stepped up military efforts as part of coalition attacks on ISIS.

The U.S. did share information that helped drive Sunday’s volley of strikes against ISIS sites in Raqqa, a second U.S. official said.

He said that doesn’t mean France has been brought into the intelligence sharing coalition known as “5 Eyes,” which included the U.S., Britain, Canada, Australia and New Zealand.

“There is no talk at all of letting France into 5 Eyes or giving full access, just with the coalition vs. ISIL, sharing info that heretofore has been 5 Eyes only.” The pro-active intelligence sharing with France was first reported by the Wall Street Journal.

Of the Iraqi claim reported in the Associated Press that Iraq warned the U.S. and France of a coming terrorist attack, the official said “there are so many reports of nonspecific threats” daily that it’s hard to react to every one.