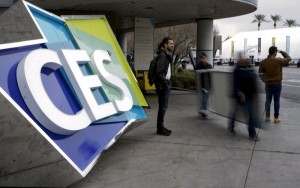 The Consumer Electronics Show (CES) took a dramatic turn on Thursday when two U.S. federal marshals showed up to seize alleged contraband hoverboards made by a Chinese company, Bloomberg reported.

The marshals carried out a raid on Changzhou First International Trade Company’s booth, confiscating a one-wheeled skateboard, a sign and fliers promoting the product.

Future Motion, a company that says it owns the patents and trademarks of a product called Onewheel, accused the Chinese company of making knock-offs.

Future Motion reportedly worked with law enforcement for a week to carry out the raid. Read more at Bloomberg.