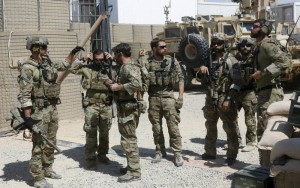 Special Forces are in Afghanistan, where the war was supposed to be over, Syria to help fight ISIS, another 300 to Cameroon to help African troops against a militant group that pledged loyalty to ISIS.

The Obama administration has steadily expanded the global missions of American Special Operations troops, despite the president repeatedly saying he opposes American “boots on the ground” the newspaper wrote Monday, arguing that American officials have resorted to “linguistic contortions” to mask the forces’ combat role. Read more at The New York Times.