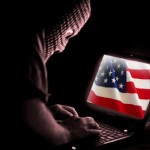 The cyber-attacks are the latest sign that the regime has not moderated its hostility toward Washington despite the nuclear accord.

U.S. officials say the IRGC has developed an army of cyber-attackers, trained by Russia, who have focused on such targets as Wall Street banks, Saudi oil companies and both internal and external opponents of the regime.