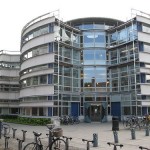 A Jewish former professor at Cambridge University in the United Kingdom refused to help a 13-year-old Israeli student from a kibbutz with a school assignment.

Shachar Rabinovitz wrote an email to Dr. Marsha Levine, asking four questions regarding an academic project on horses because the professor is an expert on the history of the domestication of horses. Rabinovitz told Levine that she is from Israel.

Levine refused to answer Rabinovitz’s questions and took the opportunity to declare her anti-Israel stance.

Levine added a link to the Jews for Justice for Palestinians website and told Rabinovitz that she should educate herself on the Palestinian people. Levine later told The Telegraph that if a student from a different country contacted her, she would have responded differently.

“I made the decision that I have the choice not to waste my time on people who tread on the rights of other people. I didn’t do anything to her. I said that when there is justice for Palestine I will answer her—that’s a fair answer. I’m a signatory to Jews for Justice for Palestinians and I sent her a link. I did it as a matter of conscience. The way Israel treats Palestinians is totally disgusting,” Levine told London’s Jewish Chronicle.