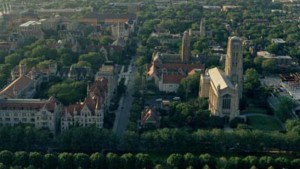 University of Chicago announced Monday classes would be canceled after the FBI alerted school officials that someone posted a threat of gun violence online.

University President Robert Zimmer sent a letter to Sunday to announce the cancellation of all classes and activities on the Hyde Park campus through midnight on Monday.

The individual reportedly mentioned targeting the “campus quad” on Monday at 10 a.m., according to the letter. Zimmer also asked those who will be on campus to remain indoors as much as possible, including students in College Housing. The school will also increase police presence across the campus. Read more at NBC Chicago.