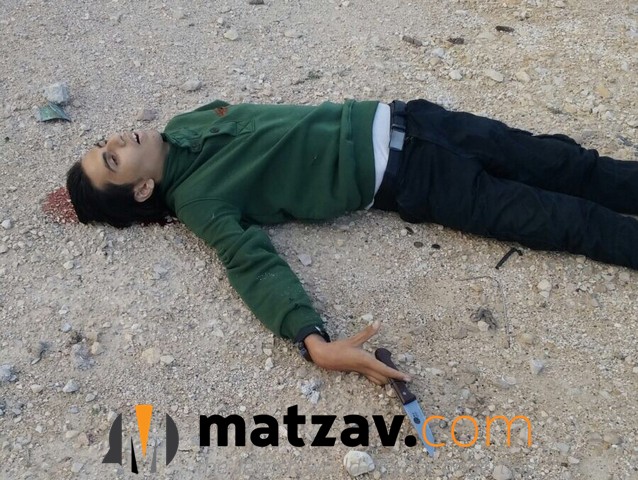 Two terror attacks occurred in Yerushalayim within minutes today. In the Pisgat Ze’ev neighborhood, two Palestinian teenage terrorists – cousins from Shuafat – attacked a security guard at the Jerusalem Light Rail Station and injured him. In the Old City of Yerushalayi, a separate terror attack was thwarted when a terrorist armed with a knife was neutralized by security forces in the area.

The incidents occurred at around 12:15 pm, when 12 and a 13 year old terrorists stabbed a security guard at the Jerusalem Light Rail Station. A security guard fired at one of the young terrorists and neutralized him. Citizens in the area succeeded in having his partner caught and arrested.

Magen David Adom provided medical assistance to the 25-year-old security guard, who was evacuated to a local hospital suffering from stab wounds in the upper part of his body. His condition is stable and he is conscious. One of the terrorists was taken to a local hospital in critical condition as his partner was taken into police custody.

Minutes after this terror attack, at about 12:35 p.m, an attempted terror attack was thwarted in Yerushalayim. A Palestinian terrorist in his 20s drew his knife near Shaar Sh’chem and started to run towards security personnel in the area. The personnel succeeded in neutralizing him. There were no other injuries in the incident.

While these terror attacks were taking place, Palestinian Police officers arrested a man in Chevron this afternoon due to the suspicion that he was on his way to implementing a terror attack. It is said that the man was caught armed with a knife. He was arrested. 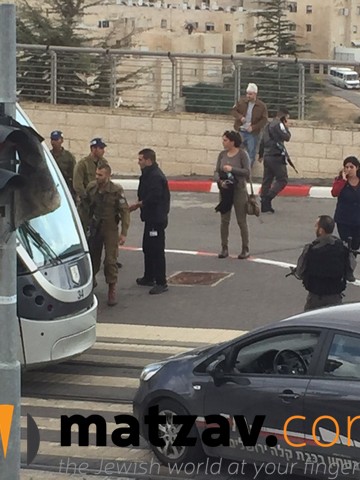 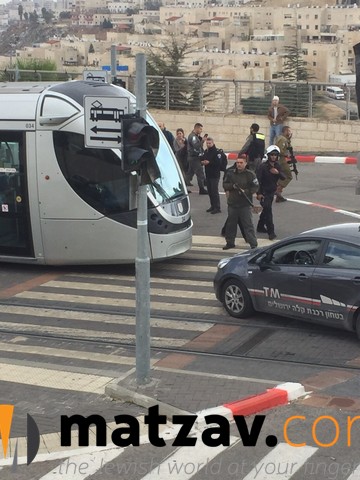