[Update below.] The wave of Palestinian terror continues to claim lives. Two people were killed and another person was injured today in a stabbing attack at the Panorama Building on Ben Tzvi Street in Tel Aviv. The terrorist was neutralized on site and is now in police custody.

Initial reports indicate that the terrorist came to the office building, where, in a second floor shop, a daily Minchah minyan is held. There are about 15-20 people at the minyan. The terrorist stabbed a man in his twenties in the neck and critically injured him. He subsequently passed away.

The terrorist then went out of the emergency exit and stabbed other people in their twenties. One person was taken to a local hospital in critical condition, but his situation deteriorated and he died from his injuries. Another person is hospitalized in moderate condition.

“This incident occurred during Minchah,” an eyewitness stated. “We saw something happen and ran to the area. When we arrived, we saw a man bleeding. We saw that the terrorist fled from the area. We ran after him. The police arrived quickly and took control of him. The building was full of people when this happened.”

The attacker, a 24-year-old Palestinian from the West Bank village of Dura, was apprehended by civilians. It was not immediately clear what he was doing in Tel Aviv.

Earlier, a terrorist was arrested at the Meoras Hamachpeilah in Chevron with a knife hidden in his clothes. The terrorist aroused the suspicion of the Border Police stationed in the area and he was arrested. He is now in police custody.

Update: The terrorist is said to have worked at a restaurant near the scene of the attack. 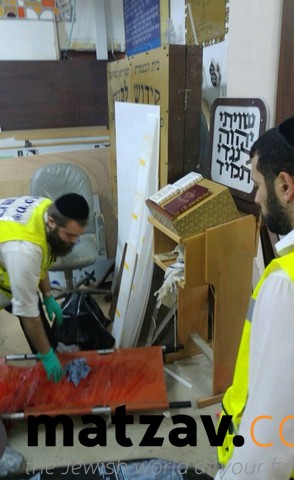 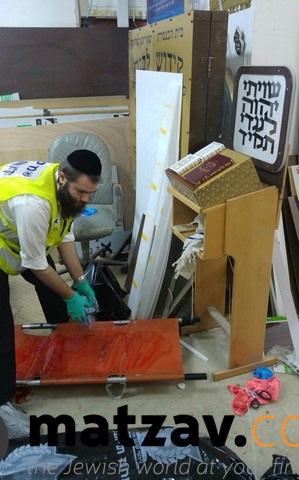 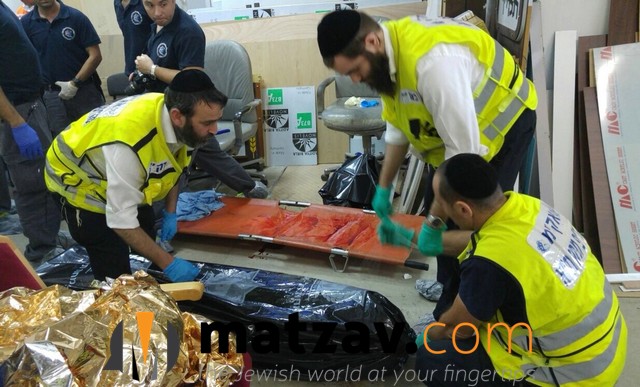 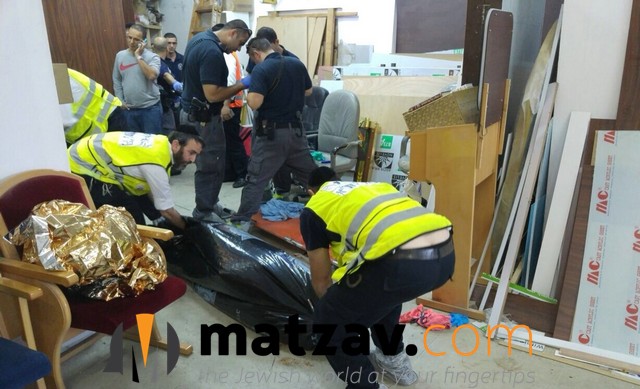 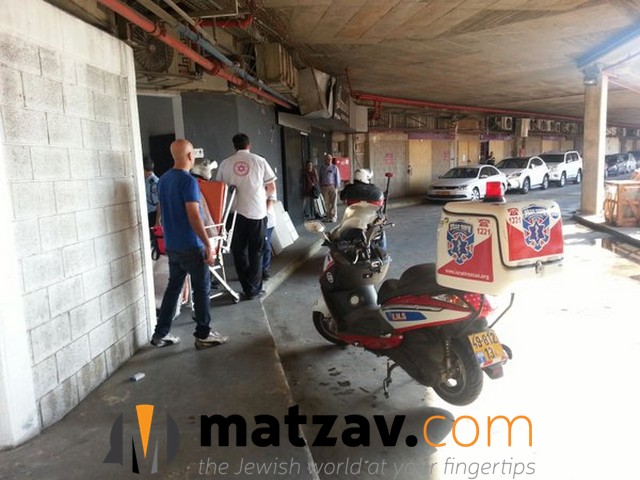 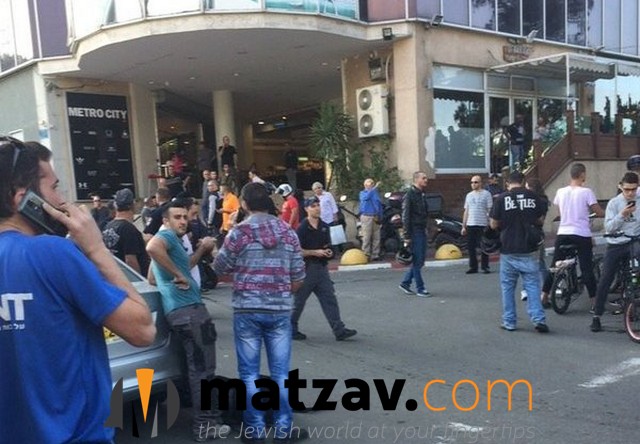 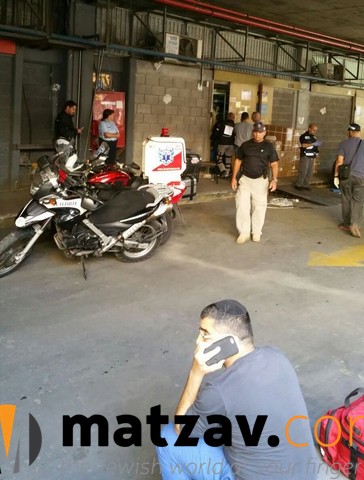 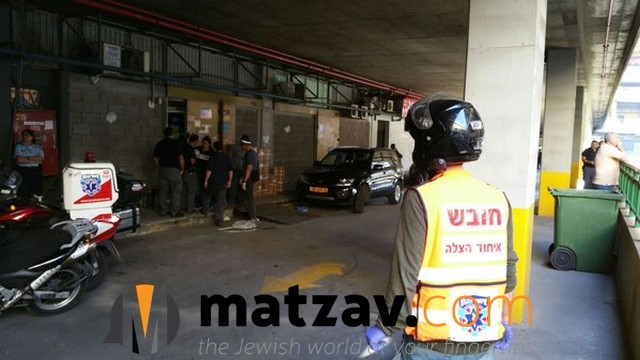 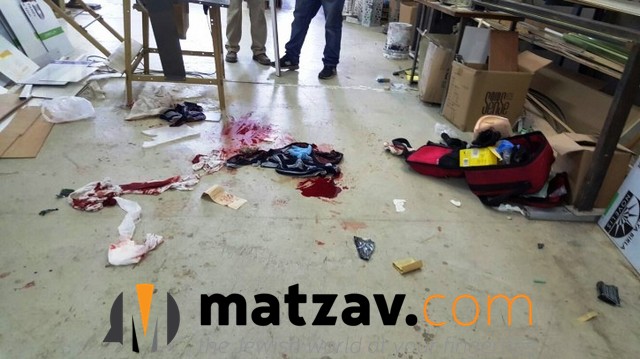