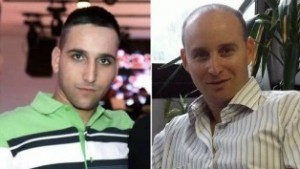 Two IDF soldiers were killed after killing at least one of nine terrorists who had tried to infiltrate southern Israel this morning in the Eshkol region, near the southern Gaza border. Local residents were warned by the IDF to remain in-doors during the altercation.

The terrorists had tried to enter into Israel through a tunnel in the incident, and began firing at IDF soldiers with machine guns and anti-tank missiles. The soldiers were able to push back the terrorists.

Meanwhile a Bedouin man was killed from a rocket in Dimona. Three other members of his family, including a baby and a boy, were wounded. All four were taken to a nearby hospital, where the man died shortly afterward.

Hamas, which has continued shooting rockets at Israel despite the Jewish state’s ongoing ground operation in Gaza, is continuing to refuse the cease-fire proposal brokered by Egypt. Instead the terrorist group is now reportedly proposing its own cease-fire proposal, backed by Turkey and Qatar.

Qatari newspaper al-Arabi al-Jadeed stated the existence of a cease-fire proposal based on “Palestinian consensus,” that was sent by Qatar to U.S. Secretary of State John Kerry. Israel has so far denied receiving any document regarding the new cease-fire proposal.