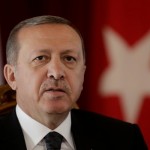 Turkey must accept that it needs Israel, President Recep Tayyip Erdogan said, as the two countries seek to thrash out a deal on normalizing ties.

NATO member Turkey was a key regional ally of Israel until the two countries fell out over the deadly storming by Israeli commandos in 2010 of a Turkish aid ship, the Mavi Marmara, bound for Gaza.

Erdogan further raised hackles in Israel with his sometimes inflammatory rhetoric towards the Jewish State. But the atmosphere was transformed following the revelation last month the two sides were making progress in secret talks to seek a rapprochement.

“Israel is in need of a country like Turkey in the region,” Erdogan said in remarks to Turkish reporters published in leading dailies this week.

“And we too must accept that we need Israel. This is a reality in the region,” said Erdogan.

“If mutual steps are implemented based on sincerity, then normalization will follow.” Read more at Yahoo News.