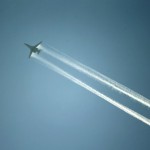 American-led airstrikes against ISIS jihadists in the besieged Syrian city of Kobani are a “public relations” campaign that’s doing little to defeat the extremists or resolve the conflict in Syria, an adviser to Turkish Prime Minister Ahmet Davutoglu said. The adviser, Cemal Hasimi, told The Telegraph Kobani is a distraction from the need for a wider settlement to end the war in Syria, including the defeat of ISIS.

“Honestly, we are tired of all this ‘raising of awareness’ at certain moments–dropping a couple of bombs is not enough,” he said.

Ankara has firmly resisted urgent calls to intervene in ISIS’s fierce battle to conquer Kobani, which is in Syria near the Turkish border. Turkey is perceived by some as regarding ISIS as a lesser evil than the Kurds, many of whom are fighting in Kobani. Read more at The Telegraph.