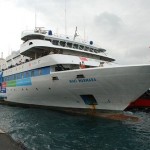 Israel and Turkey are close to signing a deal to normalize diplomatic ties following a secret meeting in Switzerland between senior officials.

According to the Israeli Prime Minister’s Office, the two sides agreed that Israel would establish a compensation fund to pay the families of the nine Turks killed on the Mavi Marmara vessel in 2010, that all Turkish legal claims against Israel will be dropped, and that ambassadors will return to both countries.

Hamas terrorist leader Salah al-Arouri, who Israel believes was behind the kidnapping and murder of three Jewish teens in Gush Etzion in June 2014, will no longer be allowed to reside in Turkey or operate from there. Additionally, the two countries will commence talks about a gas pipeline from Israel and the sale of Israeli gas in Turkey.

Turkish-Israeli relations broke down following the 2010 Gaza flotilla incident, in which Israeli commandos boarded the Mavi Marmara, which was attempting to break the blockade of Gaza. After Turkish militants attacked Israeli commandoes, nine Turkish citizens were killed in clashes. In 2013, at the request of U.S. President Barack Obama, Netanyahu apologized over the phone to Turkish President Recep Tayyip Erdogan for the flotilla incident.

Israel and Turkey have been close to normalizing ties before. In April 2014, Erdogan told Charlie Rose of PBS that a deal for “normalization” would be signed within a few weeks. But shortly afterward, Israel’s Operation Protective Edge was launched in Gaza, leading to scathing condemnations of the Jewish state by Turkish leaders.

Then, during the United Nations climate change conference in Paris this month, Erdogan told an Israeli reporter that he believed it was possible for Turkey and Israel to repair frayed ties.

Turkey is dealing with a number of geopolitical challenges—including tension with Russia over shooting down its fighter jet in November, the continued destabilization of Syria, and the threat of the Islamic State terror group—that may have led the country to seek warmer ties with Israel.