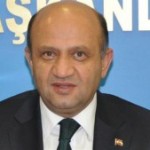 All this endless chest-thumping about Muslims having discovered this and invented that doesn’t really establish what it is intended to establish: that Islam makes for a great civilization. All it does is beg the question of why, if Muslims accomplished all this, they didn’t do anything with it. Muslims discovered the earth was round, and yet it took a kaffir, Christopher Columbus, to prove it by daring to sail West from Europe. Why didn’t any Muslim do that, except in Recep Tayyip Erdogan’s book of historical myths?

Turkey’s Science, Industry and Technology Minister has said the fact that the Earth is a sphere was first discovered by a group of Muslim scientists.

Speaking at a reception for businessmen in the central Anatolian province of Konya late Nov 28, Minister Fikri Işık stressed the contributions of the Islamic world to science throughout history. “Some 700-800 years before Galileo, 71 Muslim scientists led by al-Khwarizmi convened by the order of the Caliph Al-Ma’mun and revealed that the Earth is a sphere,” he said. Işık added that a copy of the original document is currently in the Museum of Islamic Science and Technology in Istanbul.

The museum was founded by Fuat Sezgin, a Turkish professor emeritus on Arabic-Islamic science who was recently referred by Turkish President Recep Tayyip Erdoğan, too. During a speech on Nov. 18, Erdoğan quoted Sezgin’s theories for his controversial claim that the American continent was “discovered by Muslim sailors” some 300 years before Christopher Columbus.

The concept of a spherical Earth remained a matter of philosophical speculation until the 3rd century BC, when Hellenistic astronomy established the spherical shape of the earth as a physical given.

Galileo Galilei, on the other hand, was put to trial and convicted by the Roman Catholic Inquisition in 1616 and 1633 for his support of heliocentrism, a theory which is not directly related to the notion that the Earth is a sphere. Heliocentrism, the theory that the Earth was a planet that revolved around the Sun, contradicted geocentrism, the Aristotelian view that the earth was the center of the universe, which agreed with a literal interpretation of the Bible.

Around 830 AD, Caliph Al-Ma’mun commissioned a group of Muslim astronomers and geographers to measure the distance from Tadmur (Palmyra) to Raqqah in modern Syria. They calculated the Earth’s circumference, reaching to numbers very close to the currently modern values.

Today, the war-torn Raqqah is known as the stronghold of the Islamic State of Iraq and the Levant (ISIL) militants.