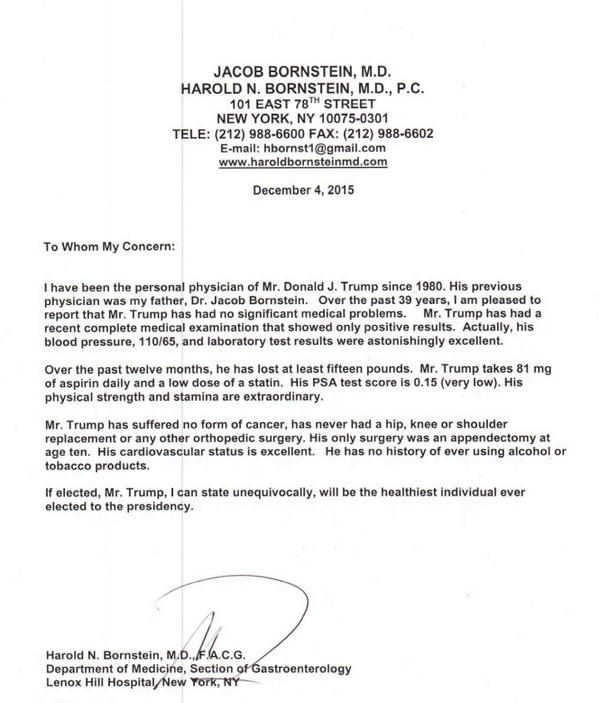 Donald Trump’s physician, Harold Bornstein, has released a report saying that Trump “has had no significant medical problems.”

He also says that over the last 12 months, Trump has lost at least fifteen pounds.

“He has no history of ever using alcohol and tobacco products” Bornstein said.

He concludes by saying that Trump would be “the healthiest individual ever elected.”