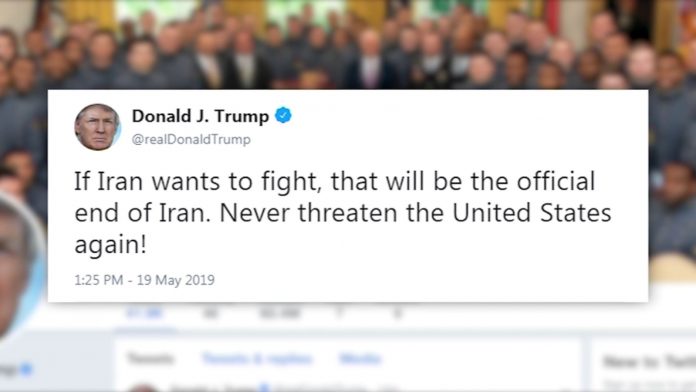 President Trump threatened to destroy Iran in a tweet sent in the wake of reports that a rocket was fired into Baghdad’s heavily fortified Green Zone less than a mile away from the US Embassy.

“If Iran wants to fight, that will be the official end of Iran. Never threaten the United States again!,” Trump tweeted Sunday afternoon.

It’s unclear exactly what prompted Trump’s posting, but news outlets reported explosions in Iraq’s capital and that a rocket launcher was discovered in eastern Baghdad, an area that is home to Iranian-backed Shiite militias.