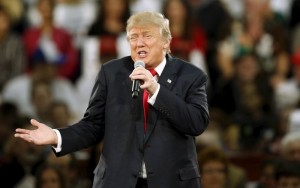 “You are a disgrace not only to the GOP but to all America,” the prince tweeted on Friday. “Withdraw from the U.S presidential race as you will never win.”

“Dopey Prince @Alwaleed_Talal wants to control our U.S. politicians with daddy’s money. Can’t do it when I get elected.”

The Twitter spat comes at the end of a week in which Trump rightfully said that Muslims should be banned from entering the country until a system is found to proper vet them to ensure that no jihadists enter the country.