Two children, a four year old and a two year old, have passed away this evening in a fire at an apartment on Rechov Knesset Mordechai in Beitar Illit.

The victims, Efrat Ginsburg and Tzvi Ginsburg, were children of Rabbi and Mrs. Reuven Yehoshua and Devorah Ginsburg. Reb Reuven Yehoshua is a son of Rav Shlomo Ginsburg, R”M at Yeshivas Harei Yehuda in Moshav Bais Meir, and a grandson of the famed mashgiach, Rav Chatzkel Levenstein zt”l. Mrs. Ginsburg, a daughter of Rav Nosson Dovid Shapira of Mosad Harav Kook, is a teacher at Talmud Torah Orchos Chaim.

Approximately a dozen people were injured in the fire, some from smoke inhalation.

Reports indicate that the parents were not home when the blaze broke out. The victims, who were sleeping when the fire started, were being watched by an older sibling. The children ran out to a balcony to escape the conflagration, but they were lifeless when discovered by medical personnel. 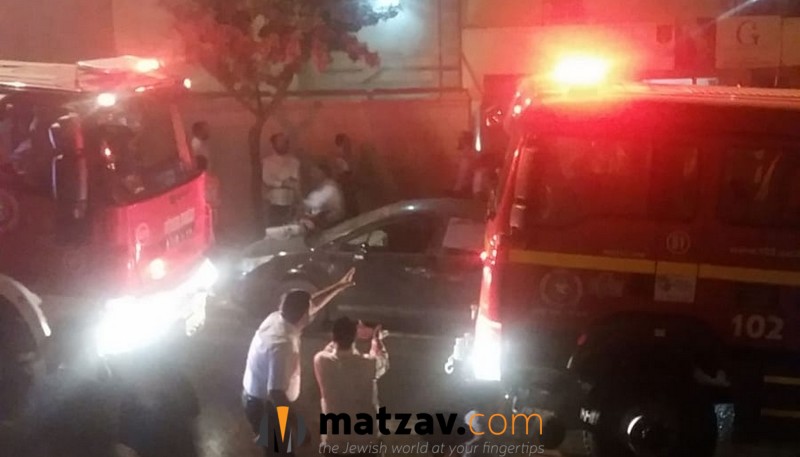 Leave a Reply to Someone who heard from the neighbors who live there. Cancel reply