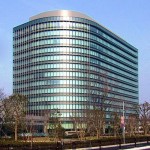 A group of Japanese executives and officials from the Toyota car company will visit Israel this week for the purpose of finding technologies applicable for innovation in Japanese smart cars.

Japan had been reluctant to cooperate scientifically with Israel in the past, partly out of fear of the response of the country’s Arab oil suppliers. This week’s visit may indicate a change in the Japanese attitude on the issue.

“The Japanese finally realized that there is a Silicon Wadi in the Middle East that rivals California’s Silicon Valley, and they don’t want to get left behind,” said Vered Farber, director of the Asian Institute in Israel, according to the Times of Israel. “It took them a while to realize it, but they have finally begun to understand that Israel may have what it takes to keep their economy dynamic and growing.”

Toyota’s showcase event this week will be a “hackathon” on Thursday and Friday, in which Israeli programmers will develop projects for “connected cars”-automobiles that can upload and download data to and from the cloud, which according to Toyota will improve the driving experience and safety.

“[The] Japanese are the longest-lived people in the world on average, and the government is concerned about getting the resources needed to ensure the health and safety of this population,” said Farber. “Israeli companies have developed many technologies, from robotics to medical devices to communication tech, that can help elderly people live more comfortably and safely.”

“2014 was a very good year for Israel-Japan business relations, and 2015 will be an even better year,” Farber added.