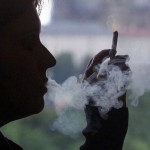 We’re often told that sleep is the best medicine. But a new study revealed that too much sleep is hazardous to your health.

Sleeping more than nine hours a night – combined with sitting too much during the day and a lack of exercise – can be just as bad for you as smoking and drinking alcohol.

Previous studies have also indicated that sleep can have an impact on your health.

This study, from the University of Sydney, was the first to look at the impact of both sleep and sitting together.

Dr Melody Ding, study author and senior research fellow at the University of Sydney: ‘When you add a lack of exercise into the mix, you get a type of “triple whammy” effect.

‘Our study shows that we should really be taking these behaviors together as seriously as we do risk factors such as levels of drinking and unhealthy eating patterns.’

Ding and a team of researchers looked at the health behaivors of more than 230,000 participants in ’45 and Up Study’ – Australia’s largest study, which looks at health as we age.

The researchers analysed lifestyle behaviors that are already known to increase the risk of disease – including smoking, excess drinking, poor diet and being physically inactive.

They added excess sitting time and too little or too much sleep into the equation as well.

The researchers also looked at different combinations of the risk factors to determine which of the groupings were most likely to increase a person’s risk of premature death.

They determined that prolonged sleep, sitting and lack of exercise were a deadly trio.

However, the study also discovered that lack of sleep – less than seven hours a night – also increases your risk of early death four-fold, when combined with smoking and high alcohol intake.

Professor Adrian Bauman, study co-author, said: ‘The take-home message from this research – for doctors, health planners and researchers – is that if we want to design public health programs that will reduce the massive burden and cost of lifestyle-related disease we should focus on how these risk factors work together rather than in isolation.’

He added that non-communicable diseases – including heart disease, diabetes and cancer – now kill more than 38 million people around the world.

These diseases cause more deaths than infectious diseases.

‘Better understanding what combination of risk behaviors poses the biggest threat will guide us on where to best target scarce resources to address this major – and growing – international problem,’ he said.