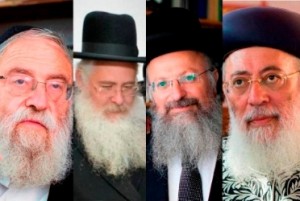 He and 69-year-old Rav Aryeh Stern, a National Religious candidate who is running for Ashkenazic chief rabbi, are viewed as the favorites.

Other candidates for Sephardic chief rabbi include Rav Shmuel Eliyahu – who has received the support of Degel Hatorah – and Rav Chaim Amsalem.