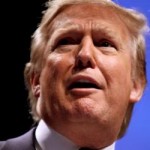 After leading Republican presidential candidate Donald Trump announced plans to visit Israel and meet with the Israeli leader, Prime Minister Bibi Netanyahu finds himself in a classic “damned if I do, damned if I don’t” situation.

On the one hand, Netanyahu needs to avoid the impression that he’s meddling in internal American politics. In August, he hosted Mike Huckabee, and if the Israeli premier can welcome a candidate who has virtually no chance of winning the Republican nomination, it would seem like a grave breach of protocol if he were to refuse the same kind of photo op to the frontrunner. (The prime minister also met with Scott Walker in May, before Walker announced his candidacy.)

On the other hand, Netanyahu already finds himself under fire for merely setting a date to meet the man who would bar all Muslims from entering the United States. Trump’s incendiary proposal has been condemned by almost everyone but staunch Trump supporters, including the White House and the Republican leadership, American Jewish and Muslims groups, and even Israeli ministers and MKs from various parties.

After Netanyahu’s controversial election day warning that Arab Israelis were “coming out in droves” to vote, the prime minister has to be especially careful regarding those with whom he associates. Netanyahu has never been particularly popular with Israeli Arabs; a warm handshake with an outspoken anti-Muslim bigot would not help — on a personal or a national political level.

Somewhat ironically, it appears that Republican presidential candidates are a particular headache for Netanyahu. His 2012 meeting with Mitt Romney was widely regarded as an endorsement, with many analysts seeing it as one of the main early reasons for the frosty relationship with Romney’s rival Barack Obama. This, even though candidate Obama had been similarly welcomed to Israel four years earlier.

Trump’s request for a meeting at the Prime Minister’s Office, which sources close to Netanyahu said Wednesday had been set for late December well before the “ban Muslims” row erupted, thus presents an anguishing Catch-22. If Netanyahu cancels the meeting he could be accused of picking and choosing among American politicians. So you refuse to meet with Trump, who wants to bar Muslims, critics could be expected to ask, but would you be willing to meet with other leading Republican presidential candidates, some of whom have also made Islamophobic statements?

Would Netanyahu boycott Trump but embrace Ben Carson, who said he opposes a Muslim in the White House, or with Ted Cruz, who refused to criticize Trump’s comments? (Carson, who came to Israel last year but did not meet Netanyahu, has announced that he wants to visit here again. Marco Rubio is also expected to visit the country soon.)

From this perspective, Netanyahu’s official readiness to meet with all presidential candidates, even if he doesn’t necessarily agree with everything they say, is consistent.

Furthermore, what if Netanyahu were to snub Trump and then the unthinkable happened and Trump won the presidency? After eight stormy years in which the relationship between Jerusalem and Washington saw one crisis after another, Israel can ill afford a new president who is angry at the prime minister for embarrassing him with a disinvitation.

And yet, the near universal rejection of Trump over what has been widely deemed a racist policy proposal makes it difficult for Netanyahu to embrace the man who two years ago, in a campaign video, urged Israelis to elect him.

For a long time, Trump was merely considered colorful, unorthodox, politically inexperienced and perhaps weird — but mostly harmless. On Monday everything changed. Last week, the Anti-Defamation League defended his ostensibly anti-Semitic comments at a Republican Jewish Coalition event, arguing that they should be seen in a wider context and were being misinterpreted. On Tuesday, the ADL denounced Trump’s call to bar all Muslims as “unacceptable” and “deeply offensive.”

If the prime minister now welcomes Trump to his office in Jerusalem, he will not only antagonize many if not most Israelis — 20 percent of whom are Muslims — and hundreds of millions of adherents of this faith across the globe. He will also antagonize most of America’s Jewish community, which has no tolerance for racist bigotry. In fact, Netanyahu would be alienating most of the civilized world, and therefore it is not unthinkable that he will eventually reconsider going through with the meeting.

In these turbulent times, an urgent matter can pop up any day and make a meeting conveniently impossible. (Who would know this better than Netanyahu, who in 2012 was reportedly denied a meeting with President Obama due to scheduling issues?)

In contrast to Netanyahu’s controversial appointment of Ran Baratz as his new communications director, the Trump conundrum cannot be pushed off indefinitely. (Baratz got the nod for the job more than a month ago, and when it was revealed that he had attacked Obama and other top officials on Facebook, Netanyahu vowed to review the appointment. As if this writing, it is still unclear whether Baratz will be hired or not.)

The December 28 Netanyahu-Trump meeting is less than three weeks away. Netanyahu will have to make his mind up soon.