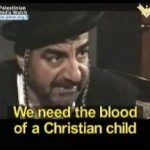 In a scathing critique, Honest Reporting said, “Time Magazine should be ashamed for giving new life to a horrendous blood libel accusing the IDF of stealing Palestinian organs.”

Honest Reporting, noted a video about the IDF appearing in an August 23rd article about Israeli airstrikes on Hamas targets in Gaza, in which the narrator said that the “IDF is not without controversy”, then claimed:

….in 2009 a Swedish report came out exposing some Israeli troops of selling organs of Palestinians who died in their custody.

The unfounded claim originally surfaced in 2009 when it was published by Swedish reporter Donald Boström in local tabloid Aftonbladet. The paper and the report were widely denounced as anti-Semitic.

“The reference is to a completely made up tabloid style article in an obscure Swedish paper, that even the author admitted was not based on any evidence,” the watchdog group said.

In an email, Rabbi Abraham Cooper, associate dean of Jewish human rights group the Simon Wiesenthal Center, told The Algemeiner that, “It seems that when it comes to Israel, many journalists have no collective memory of the facts – only of the (blood) libels.”

While Cooper suggested that, it “would be nice if someone was held accountable,” he cautioned that it was unlikely, and “…don’t hold your breath.”

The fact that this is a medical near-impossibility, due to cell necrosis, and a host of other complications, does not stop anti-Semites from regularly trotting out the claim in order to demonize the Jewish state.

“Repeating the story of a Swedish reporter who had no supporting evidence for this claim demonstrates the reporter’s lack of knowledge of organ transplants,” according to Judith Reishtein, a registered critical care nurse who worked with organ donors in Pennsylvania and who taught nursing at Drexel University in Philadelphia.

“There are specific protocols that must be followed to ensure that harvested organs are viable at the time they are removed from a donor, and that they remain viable until being transplanted into a recipient,” Reishtein told The Algemeiner on Sunday.

“The organs cannot pose an infection hazard to the recipient, who must take heavy doses of immune-suppressant drugs. The idea that Israeli soldiers can do all these things is ludicrous,” she stressed.

When the allegation was first published in 2009, Honest Reporting said at the time:

Swedish newspaper Aftonbladet’s August 2009 story accusing the IDF of harvesting Palestinian organs caused an uproar. Donald Bostrom, the author of the offensive piece, duly demonstrated his utter lack of any basic journalistic standards when he said: “But whether it’s true or not – I have no idea, I have no clue.”

On top of this, the story was further undermined as one of the Palestinian families interviewed said they never told any reporter that their son was missing organs.

According to the Anti Defamation League, “The ‘blood libel’ refers to a centuries-old false allegation that Jews murder Christians – especially Christian children – to use their blood for ritual purposes, such as an ingredient in the baking of Passover matzah (unleavened bread). It is also sometimes called the ‘ritual murder charge.’

“The blood libel dates back to the Middle Ages and has persisted despite Jewish denials and official repudiations by the Catholic Church and many secular authorities. Blood libels have frequently led to mob violence and pogroms, and have occasionally led to the decimation of entire Jewish communities.

“The blood libel is particularly appalling in light of the fact that Jews follow the Hebrew Bible’s law to not consume any blood, which is found in the book of Leviticus. In order for an animal to be considered kosher, all its blood must have been drained and discarded,” the organization noted.

Despite being dismissed in most of the western world – TIME and Aftonbladet notwithstanding – the claim that Jews imbibe others’ blood is rampant in the Palestinian media and throughout the Arab world, particularly in Iranian and Egyptian media.

Honest Reporting concluded: “Like other ‘Big Lies’ about Israel such as the Jenin ‘Massacre’ and the Al Dura video, the story about Israeli soldiers stealing Palestinian organs is one that just won’t die. But it is still astonishing that an institution such as Time Magazine would refer to this blood libel as fact and even add to it by showing recent footage of an Israeli attack on Gaza taken completely out of context.”