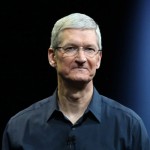 Apple CEO Tim Cook penned a Washington Post op-ed Sunday railing against what he believes is discriminatory legislation proposed in more than two dozen states, after Indiana Gov. Mike Pence signed a bill into law that appears to allow business owners to refuse service to same-gender couples in the state.

The 54-year-old called on major businesses to join Apple in opposing the controversial legislation, which is similar to the Indiana bill that critics say allow business owners to discriminate against the toeivah community based on religious freedom.

“America’s business community recognized a long time ago that discrimination, in all its forms, is bad for business,” Cook wrote. Read more at the Washington Post.