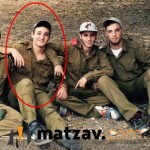 Three days after Ezra Schwartz, an 18-year-old American citizen, was killed by a Palestinian terrorist, the Obama administration finally issued a statement.

“We were deeply saddened to learn about the death of Ezra Schwartz, an American citizen from Massachusetts who was murdered in a terrorist attack,” National Security Council spokesperson Ned Price told The Jerusalem Post. “We extend our deepest condolences to the victim’s family, friends and community as well as the family and friends of the four other people killed in yesterday’s tragic events.”

Price said the White House also remains concerned about the five other American citizens who were injured in the attack, perpetrated by a Palestinian man.

“We continue to condemn in the strongest possible terms these outrageous terrorist attacks,” he said. “These tragic incidents underscore the importance of taking affirmative steps to restore calm, reduce tensions and bring an immediate end to the violence.”