It was a true simcha in every sense of the word as Jews from all across the globe tuned in to the live broadcast of the Daf Yomi Commission’s siyum of Maseches Bava Metzia, held on Sunday January 22nd at K’hal Aitz Chayim in West Palm Beach, Florida.
Over the years siyumim have been held in various communities throughout the United States and beyond, giving participants worldwide an opportunity to share the simcha of being mesayem a Mesechta of Daf Yomi.   The most recent siyum, celebrating the completion of the 22ndMasechta of Shas, drew over 300 men and women to K’hal Aitz Chayim, Palm Beach County’s first Orthodox shul.
Rabbi Shaya Richmond, mora d’asra of K’hal Aitz Chaim, spoke briefly, welcoming Rabbi Eliyahu Simcha Bamberger of the Agudah’s Daf Yomi Commission to West Palm Beach.He noted that Limud Daf Yomi has become so widespread that the first question many ask upon arriving in West Palm Beach is “what time is the Daf Yomi shiur given”?
“The Daf Yomi has become an international brotherhood of yidden, whether they be Sefardim or Ashkenazim, Chasidim or Misnagdim, we join together in a commitment to Limud HaTorah,” remarked Rabbi Richmond.
K’hal Aitz Chaim offers two daily Daf Yomi shiurim, one in the morning after Shacharis and a second before Mincha. Rabbi Richmond introduced the shul’s two Magidei Shiur, with Rabbi Leibi Grohman making the siyum on Maseches Bava Metzia and saying the Hadran, and Rabbi Berel Berko starting Bava Basra, the next Masechta in the Daf Yomi cycle.
The featured speaker of the evening was Rabbi Ephraim Eliyahu Shapiro, Rov of Congregatoin Shaaray Tefilah in North Miami Beach.  Rabbi Shapiro spoke eloquently, praising the tens upon tens of thousands who participate in Daf Yomi as well as their wives and families who encourage them in their Limud Hatorah.  Rabbi Shapiro also credited the Agudah as the achsanya of Daf Yomi, the driving force behind the program that is currently in its 13th cycle.
Rabbi Shapiro emphasized the Koach HaTorah, a powerful and tangible force that although we may have difficulty intellectualizing, yields miracles. Rabbi  Shapiro shared a story that was related by Rav  Meir Shapiro zt’l, the founder of Daf Yomi.He told of a man who was brought back to life during the time of the Maharshal through the Koach Hatorah. That same force, noted Rabbi Shapiro, can help us overcome our own shortcomings and will give us the fortitude to finish yet another masechta, to be mesayem the entire Shas and to reach untold heights in our Avodas Hashem.
Rabbi Shapiro also mentioned two Gemaras discussing the reason for the destruction of both Batei Mikdash, noting that it was a lack of appreciation for Torah that ultimately brought about their ruin.  Rabbi Shapiro told listeners that limud Torah should be as special to us as winning the lottery and that excitement in learning will keep us focused on leading a Torah lifestyle, ultimately bringing the geula.
“Let tonight be a reminder,” said Rabbi Shapiro, addressing everyone in attendance at the siyum and those joining all over the world via a live stream,  “We’ve won the lottery.”
Those sentiments were echoed by Rabbi Richmond who said that K’hal Aitz Chaim was honored to have been chosen to host the siyum, a move that he felt gave chashivus to West Palm Beach’s Jewish community which continues to grow by leaps and bounds.
“Having the siyum in our community, added to the pride of the shul and we had a tremendous turnout,” said Rabbi Richmond.  “I think it was a testimony to the kavod of the Limud HaTorah that is central to the identity of our Kehilla.”
Rabbi Richmond noted that members of the shul are so dedicated to learning Daf Yomi that that there are those who attend both daily shiurim, to gain an even fuller understanding of the Daf.
“There is a very strong commitment to kevias itim and a total commitment to the shul and the beis medrash,” noted Rabbi Richmond. “It was an honor to host the siyum and we are very proud to have been chosen.” 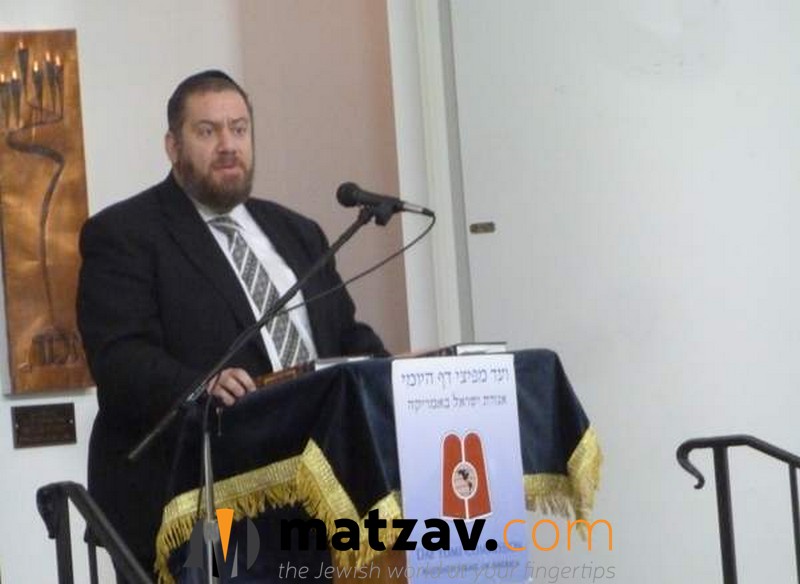 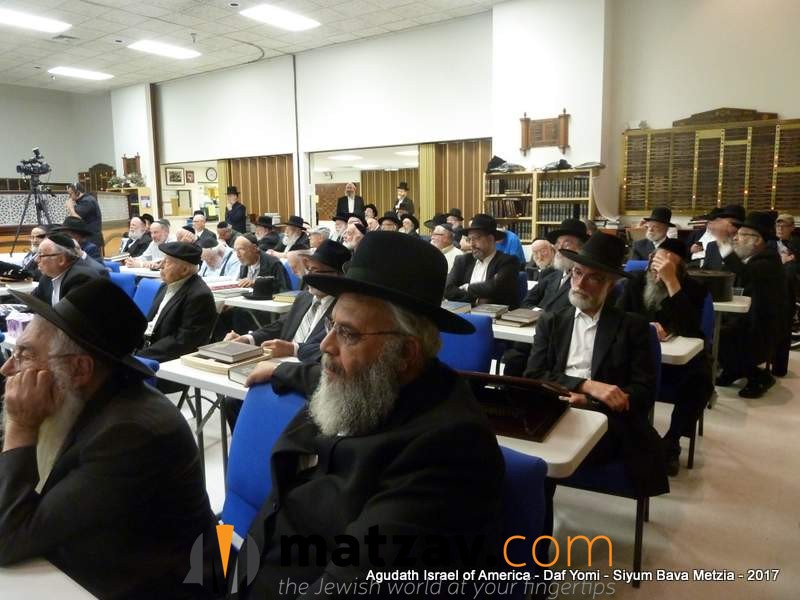