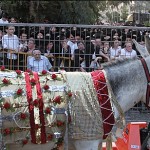 A rare ceremony marking the redemption of a firstborn donkey, a pidyon peter chamor, was held Sunday in Bnei Brak in the presence of thousands of people, including Rav Chaim Kanievsky and Rav Shalom Cohen of Shas.

Some of the city’s main streets were blocked to traffic from the early evening hours.

While the event itself was held outside the Lederman Shul, thousands of people filled the nearby streets. 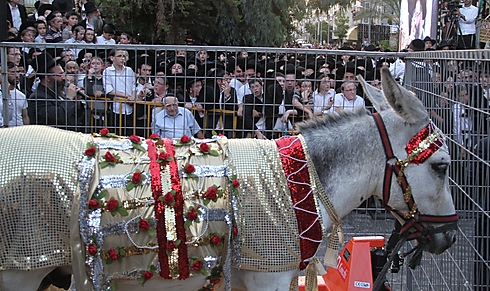 Rav Chaim and Rav Cohen were greeted by a singing audience, which the organizers say totaled more than 10,000 people, including Bnei Brak Mayor Chanoch Zeibert and many rabbonim and public figures. 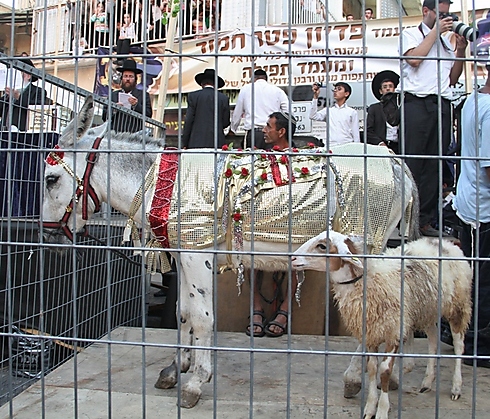 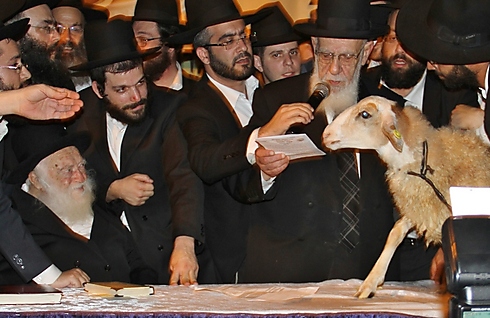 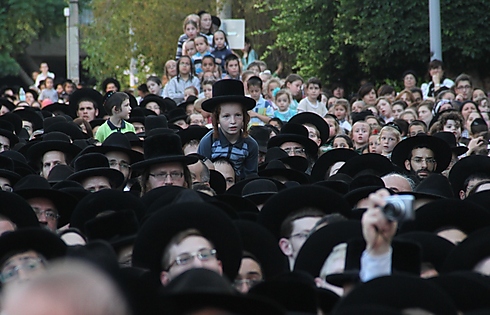 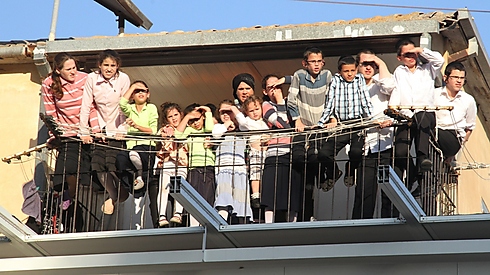 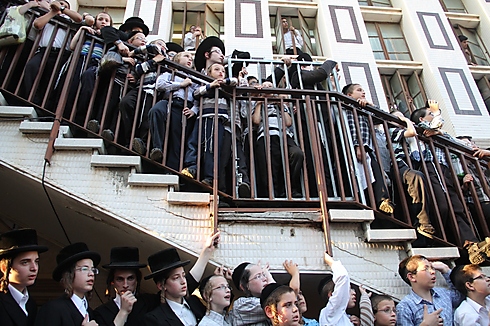 The donkey was adorned with flowers and a festive harness, and was then redeemed by its owner in exchange for a lamb, which was prepared in advance and handed over to Rav Cohen as a pidyon.