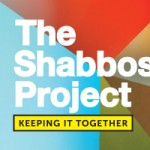 This Shabbos, Parshas Noach, 340 cities across the globe will be uniting for what might just be the most extraordinary Shabbos ever.

In Melbourne, a sociology professor from Monash University has undertaken an in-depth study of the city’s Jewish community to focus efforts, while scores of committees and subcommittees are ensuring the initiative reaches every last Jew in the state of Victoria. An estimated 50% of the 60,000-strong community are expected to take part.

In Buenos Aires, where every single Jewish community organization, school and synagogue in the city has signed up, more than ten thousand people are expected at an enormous Havdallah Unity Concert which has been put together with the help of the Argentinian government, and which will be broadcast on national television.

In Miami, a crack team have perfected a revolutionary recipe for a Thursday night Challah Bake expected to draw thousands, while a local high-school pupil is bringing hundreds of fellow high-school students from across South Florida to Miami Beach for one gargantuan shabbaton, and a local Chabad rabbi has set up a big tent on the premises of his shul, and is offering lavish Shabbat meals for anyone in his zip code pledging to keep that Shabbat.

In Canada – where even Prime Minister Stephen Harper is endorsing the initiative – posters are appearing in subway stations in Toronto, while an enormous neon billboard has recently gone up in New York’s Times Square.

Poster ads have been emblazoned on hundreds of Egged busses and on busy highways and byways across Israel, where the local team have just launched the #Keeping it Together app – packed with all anyone needs to know about keeping Shabbos, and programmed to put users’ phones to sleep over Shabbos. Meanwhile, the Rami Levy supermarket chain is offering a “challah for a shekel, wine for five shekels” special this week.

So far, over 60,000 words of support material have been adapted into Ashkenaz, Sepharad and Ari versions, and translated into English, Hebrew, Russian, Spanish, German French, Italian and Portuguese. A recent print run of an “Unofficial guide” to keeping Shabbat and a Shabbat “Toolkit” (which you might have seen at your local synagogue over Yom Kippur) may have been one of the biggest in Jewish history.

The project’s website has received 14 million hits since the beginning of the year, and this past Friday, as many as 8,000 people tried signing up at one time, crashing the server. As the sun dips below the horizon on October 24, an estimated one million people worldwide will be participating in the initiative.

In unprecedented fashion, Nobel Prize winners, writers, politicians, sportsmen, musicians and celebrities have joined revered rabbis and rosh yeshivas in lending their support and voicing their commitment to the cause. Hong Kong and Tokyo are “keeping it together”, as are Lima and Manila, Addis Ababa and Abuja, and Vilna and Venice. They are joined by around 50 cities in Israel, over 100 cities in the US, and more than 340 cities in 35 countries around the world.

Welcome to the Shabbat Project.

First South Africa, now it’s the rest of the world

The concept is simple: Jews of all walks of life, from across the spectrum – religious, secular and traditional; young and old, from all corners of the world – uniting to experience one full Shabbat together, in full accordance with Jewish law.

The Shabbat Project was introduced in South Africa in 2013 to quite astonishing effect. On the Shabbat over which it ran, close to 70 percent of the country’s 75,000 Jews kept Shabbat in full, most for the first time in their lives. Perhaps more significantly, the initiative drew people together in ways never seen before.

In the aftermath, many wrote in from around the world, wanting to bring the initiative to their own cities and communities. And so, the international Shabbat Project was born.

It has already been described as “an experiment that has no precedent in modern Jewish history,” and “the most ambitious Jewish unity initiative ever undertaken,” with final preparations now feverishly underway coordinated by around 1500 partners in 340 cities.

“The Shabbat Project is an opportunity for the entire Jewish world to keep one complete Shabbat together – from Friday evening just before sunset on October 24, until Saturday night after the stars have come out on October 25,” says South African Chief Rabbi Dr. Warren Goldstein, who originated the Shabbat Project last year in South Africa, and whose ideas and vision have enabled the project to go global in 2014. “The beauty of this is that it is so practical and manageable. It’s only one Shabbat. It’s something everyone can do.”

The Shabbat Project is not merely about performing a symbolic gesture to acknowledge Shabbat, but rather about keeping it in full. For Goldstein, authenticity is everything.

“This approach is predicated on the idea that the real energy of Shabbat – its transformative power – is wholly dependent on immersing oneself in the full Shabbat experience.”

The tagline of the Shabbat Project, “Keeping it together,” neatly encapsulates the twin ideals of the initiative – unity and wellbeing.

“Keeping it together means keeping our lives together,” Goldstein explains. “Of course, there is the good food, sound sleep and deep relaxation to look forward to on Shabbat, but there’s more. Shabbat restores us, not just in a physical sense, but emotionally and spiritually as well, so that we emerge on Saturday night as new human beings ready to face the week with all of its challenges and opportunities.”

“Keeping it Together” is an allusion to the unique restorative powers – the opportunity for deep physical, emotional and spiritual rejuvenation – which the full Shabbat experience affords. This is especially relevant in a modern world in which society is bombarded with technology and gadgetry; where what is truly important often takes a backseat.

“A unique tranquility and intimacy permeates our homes on Shabbat,” says Goldstein. “No one has to answer the phone or rush off. No one is distracted by the screens of information and entertainment that saturate our world. We are left with a remarkable, uninterrupted haven of love and connection, which allows us to appreciate and focus on what we have in our lives.”

He believes that Shabbat has a special power and resonance for our time.

“Shabbat enables us to momentarily set aside the distractions, demands and pressures of daily life, offering us the time and space to renew our inner selves, and to revisit and reinvigorate our most important relationships,” says Goldstein. “Shabbat can hold us together in a society where everything seems to be pulling us apart.”

Senator Joe Lieberman has also come out in support of the initiative.

“I was amazed when I heard what happened (last year) in South Africa – this whole idea of getting as many Jews as possible of all levels of observance and non-observance to commit to putting everything down for 25 hours and observing this Shabbat together…” says the author of The Gift of Rest (2011), an account of Lieberman’s spiritual journey through the American corridors of power, and a moving testament to how Shabbat in particular enriched not just his personal life, but his professional career as well.

“Watching the videos I was quite taken with what was clearly the growing and deepening sense of community that swept over people as a result of this experience. I am very excited that Goldstein and his team are taking it on the road – I think the Jewish world needs the Shabbat Project at this moment in our history.”

Lieberman is of course alluding to the simple meaning of “Keeping It Together” – the unifying experience of literally keeping Shabbat together – as one Jewish people, and as individuals, families and communities all over the world, all at the same time.

Thus far, it’s this unity factor more than anything else that people seem to be responding to. Indeed, one of the unique aspects of the Shabbat Project is that all factional identities – all denominations, affiliations, ideologies, and political differences – are put to the side.

The message couldn’t be timelier.

“At this moment in time,” says Goldstein, “in the aftermath of the Gaza War – and the pressures Jews everywhere have felt in its wake – the international Shabbat Project provides us with a unique, historic opportunity to give birth to a new sense of Jewish unity and Jewish identity. As Jews around the world, we will be doing this together. The power of that shared experience is unimaginable.”

The international Shabbos Project is taking place around the world over the Shabbat of Parshat Noach, on 24/25 October 2014. For more info, or to sign up, visit www.theshabbosproject.org.