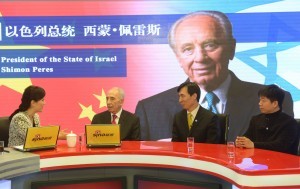 The shifting geopolitical reality in the Middle East has led Israel to seek allies beyond its traditionally close relationship with the US, said a new analysis by the Washington DC think tank, the Council on Foreign Relations.

One of those changes has been Israel’s increasing difficulty reconciling pressure from Washington over the peace process, especially as the Israeli public continues to elect strong right-wing governments.

The other shift happened as many of Israel’s longtime foes — Muammar Qaddafi’s Libya, Saddam Hussein’s Iraq, Bashar Assad’s Syria, for the most part — have become irrelevant or embattled, allowing Israel to square in on the threat emanating from Iran.

The authors noted that Israel has developed deeper relationships with other powers like India, Russia and China.

In China, for example, the analysis noted China’s increasing engagement with Israeli tech through cooperation on cybersecurity.

“The notorious disagreement over Israel’s attempt to sell the Phalcon early warning system to China in 2000, as well as more recent reports that Israel’s head of defense exports sold US missile technology to China, demonstrate the conflicts that are likely to arise as Israel grows closer to China,” the CFR report said.

“Beyond shared democratic values, Israel’s relationship with the United States depends on shared strategic interests. Consistently voting with Russia on key issues at the United Nations or developing cozy military ties with China may, in the long run, cause a true break between the United States and Israel,” they said.

Obama will meet with the Israeli prime minister at the White House on November 9, for their first face-to-face meeting since the Iran nuclear deal was announced last July.

Leave a Reply to Maier A Cancel reply