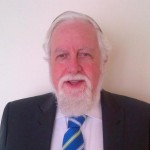 How often does Torah present us with language which, on first glance, seems extraneous only to reveal its genius and wisdom upon deeper reflection?  So it is at the beginning of Parashat Toldot when the Torah says, “And these are the offspring (toldot) of Isaac, son of Abraham.  Abraham begot Isaac…”

Now, we know that Isaac is the son of Abraham (recall the powerful echoes of the Akedah when God says to Abraham, “Take your son, your only son, the son you love, take Isaac…”).  We just as surely know that Abraham is Isaac’s father.  Why then does the parasha begin by reminding us that Abraham is the father?

In answer, Rashi cites the famous Midrash that refers to the cynics of time who scoffed with incredulity that Abraham, at his advanced age, could have fathered a child.  No, they claimed, Sarah must have become pregnant in the house of Avimelech.  Ah, the smugness of the cynic!  Hadn’t Abraham and Sarah been married for decades and remained childless?  And now, suddenly, in their advanced years, they were to have a baby?  Hadn’t Sarah herself laughed at the possibility?

The cynics were all wink, wink, nod, nod.  Certainly they knew the truth.

It was in response to these cynics that God made Yitzchak’s features mirror images to Abraham’s – so no one, even so long before paternity tests, could doubt that Abraham had indeed holid et Yitzchak.

But why should God care what these pesky cynics think?  What difference are the murmurings of the leitzanei ha’dor?   Perhaps more profound, the Brisker Rav wonders if there is a point to the cynicism.  After all, while it is surely a miracle that God “Xeroxed” Abraham’s features in his son, certainly the greater miracle was Sarah’s pregnancy itself!  A ninety year old woman, suddenly her womb as fertile as a twenty year old’s?  What then is the Midrash trying to teach us?

The Brisker Rav observes that it is here that we can see the leitzanus’ true destructive and demoralizing effect.  They mock the very essence of a miracle by sowing doubt into the obvious miracle of Isaac’s birth.  In doing so, they question Sarah’s fundamental morality by suggesting she was impregnated by Abimelech!  But there is more.  Abraham, given his name because he amongst all the people of the world stood apart, battling Nimrod, and the Five Kings, eradicating idolatry; Abraham, the one who fears no one but God suddenly needs God to intervene with these small, petty creatures?  What is going on?

Indeed, he does need God’s intervention.  This shows us the incredibly toxic nature of cynicism.  It is like an acid, eating away at everything in its path, the good as well as the bad.  So yes, God had to intervene.

In Parashat Veyera we read, “Sarah conceived and bore a son unto Avraham in his old age, at the appointed time (la’moed).  Again, the Torah states that which should be obvious.  Why?  Rav Yudan says, that la’moed teaches us that it was after nine months. In the following pasuk, “Avraham called the name of his son who was born to him – whom Sarah had borne him – Yitzchak…”. Why the repetition and emphasis? As Rashi comments, “So people shouldn’t say that Sarah conceived when she was in the house of Avimelech.”

Likewise, when Sarah extols God, “And she said, ‘Who is the One Who said to Abraham, Sarah would nurse children?’” Why is children in the plural?  Is she nursing “children” or only Yitzchak? Again, Rashi refers to the cynical gossip circulating among the town’s women.  On the day of the feast Abraham made, all the noble women brought their babies without their maidservants to nurse them, and Sarah nursed them all.  Why?  To silence the cynicism of these women who claimed the child was not hers.  How to convince them?  A barren woman could not nurse!  So, she nursed all the children.

These terrible, petty and mean-spirited people!  And yet, Rashi does not condemn them as being evil.  They are jokesters, people.  He notes that people, “shouldn’t say…”  Why not a harsher, more critical tone? Why not the leitzanei ha’dor as referred to in Toldot?

Perhaps because cynicism rarely begins as malice.  Often, it is an offhand, thoughtless and yes, mean-spirited comment.  But no “real harm” is intended.  And yet, real harm can result!  The initial remark is a “harmless” spark that can result in a violent conflagration.

I recall students who would come to school with impossible attitudes.  Teachers could not reach them; could not find a way to teach them so they would respond.  Where do students learn such attitude?  The answer to that was apparent at the first PTA meeting, when we saw just how perfectly our students were copies of their parents!

A few offhand comments at home translated into the behavior and attitude we dealt with at school!

And it is cynicism that allows a cruel canard questioning the status quo of Har Habyit to explode into random attacks of murder and violence against Jews on the streets of Jerusalem and throughout  Israel.  Cynicism invites incitement.  Cynicism is the reason that the Israel-based rights group, Shurat Hadin, is suing Facebook for allowing the gruesome Palestinian pages that incite violence and, according to the suit, result in horrors like the murder of Richard Lakin, an American educator and peace activist who worked for coexistence between Israelis and Palestinians!

The Ramban, at the conclusion of Parshas Bo, teaches that even the most meaningful event or experience can be transformed into something meaningless by a bit of cynicism.  Nothing remains sacred when tainted by cynicism.

Humans are seemingly incapable to combat cynicism.  We most surely need Godly intervention.  Our “skill set” includes mocking that which is most sacred, even God’s miracles for Abraham and Sarah, not standing against such thoughtless and damaging comments.  We are surrounded by cynicism – social media should be renamed cynical medial!

Who cares what these jokesters say?  Who cares what the leitzanei ha’dor post?  We all must.  For in their cynical comments and postings is the spark that can ignite the fire that will burn us all.

And it is fire that the real cynics hold out for us.  As reported in the Times of Israel not long ago, the Islamic history professor Yusri Ahmad Zidan was interviewed by Muhammad Khaled.  He cynically noted that the Crusaders who traveled to the Holy Land in the Middle Ages to reclaim it from Muslim rule sold Jews into slavery during their campaigns in the Middle East.

“The Crusaders treated the Jews this way because they believed that the Jews had harmed and killed Jesus,” he argued.  He also claimed that “there were no Jews in Jerusalem” during this period.

“The history of the Jews has been black since the dawn of time,” Khaled continued. “Nebuchadnezzar burned them, the Crusaders burned them, and even Hitler and Nazism burned them.”

“Is burning the only solution for the Jews?” the host asked.

And how will that fire begin?  With cynicism.