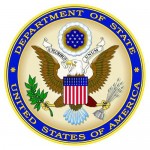 The State Department’s demand that Israel “exercise restraint” in its search for the Hamas kidnappers makes a mockery of President Obama’s pledge two years ago that he “will always have Israel’s back.”

State Department spokeswoman Jen Psaki declared on June 20 that the Obama Administration is “urging all parties to exercise restraint and avoid steps that could destabilize the situation.”

That phrase “all parties” was a thin veneer of even-handedness. Everyone knows the call for “restraint” was aimed at Israel. In fact, Psaki made her slant clear in her very next words, expressing “concern” that two Palestinian Arabs were shot dead by Israeli troops. Psaki did not exhibit any “concern” for the Israeli soldiers at whom those Arabs were throwing rocks and firebombs.

This attempt by the Administration to tie Israel’s hands in its search for the kidnappers is just the latest in a series of indications that President Obama is trying to avoid siding with Israel against Hamas.

1. The Obama Administration website, www.rewardsforjustice.com, which offers monetary rewards for tips leading to the capture of terrorists who harm Americans, is not offering any reward in connection with the kidnapping – even though one of the victims, 16 year-old Naftali Frankel, is an American citizen.

2. While spokespeople for the Administration have made the usual general remarks of sympathy for Israel in the current crisis, President Obama himself has not said a word about the kidnapping. A President who is so well known for his rhetorical gifts has suddenly fallen silent.

3. The Obama Administration has refused to withdraw its recognition of the Hamas-Palestinian Authority regime.

4. The U.S. continues to send $500 million annually to the PA, even though Hamas is now a full partner in its government. That’s a total of more than $20-billion since 1993 – yet all the Administration could get out of PA chairman Mahmoud Abbas was a vague statement about how he is against kidnapping because Israelis “are human beings, too.” That’s not exactly an earth-shaking concession.

President Obama’s March 2012 vow to “always have Israel’s back” evoked some private skepticism in the American Jewish community, since it was made when he was running for re-election. But now the Obama Administration’s failure to unequivocally side with Israel in the current kidnapping crisis exposes his pledge of support as painfully hollow.

Israel’s war of self-defense against Hamas is just one front in an international battle against jihadist terrorism that is being waged on many continents. In Nigeria, the Boko Haram jihadists are kidnapping hundreds of Christian girls. In Afghanistan, Taliban terrorists are attacking NATO bases. In Iraq, they are conquering city after city. And in Israel, they are seeking to terrorize an entire country by kidnapping Jewish children.

Israeli soldiers are risking their lives every day by going into hostile Palestinian Arab neighborhoods in search of the kidnapped boys. PA chairman Abbas’ own Fatah movement has urged Arab residents to interfere with the soldiers’ efforts. In many instances, the soldiers have been confronted by mobs throwing deadly firebombs.

The Obama Administration, which has been reluctant to send U.S. forces to confront terrorists abroad, should give unequivocal support to the Israeli forces that are trying to do the job without any outside help. At the very least, the Administration should have the decency to restrain its tongue and let the Israelis defend themselves without interference.

The authors of members of the board of the Religious Zionists of America.