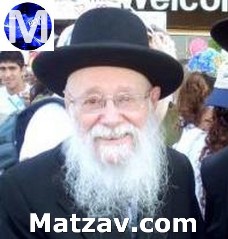 Please note that the following article was written by and for Matzav.com and has unfortunately since been republished elsewhere without permission and without proper attribution. Thank you.

It is with great sadness that Matzav.com reports the passing of Rav Ephraim Greenblatt zt”l, renowned senior posek and longtime rov of Memphis, Tennessee. He was 81 years old.

Rav Greenblatt studied at the Kletzk Yeshiva in Rechovot, where he was greatly influenced by Rav Elazar Shach zt”l. Rav Greenblatt, who quickly became recognized even as a bochur for his stature as a talmid chochom with a wide range of Torah knowledge, was encouraged by his grandfather, Rav Yitzchok Greenblatt, to travel to the United States in order to assume a rabbinic position to support his poverty-stricken family.

Rav Greenblatt made the journey at age nineteen, with not more than a dozen English words in his vocabulary. His ambition was to be hired as a rov of a shtiebel in New York and send the stipend back home. Instead, Rav Greenblatt became a talmid at Mesivta Tiferes Yerushalayim in New York City, where he formed a relationship with the rosh yeshiva and posek hador, Rav Moshe Feinstein zt”l, who took Rav Greenblatt under his wing. That connection would have a significant – and magnificent – impact on his life, both personally and in his career in rabbonus. Rav Greenblatt received semichah from both Rav Isser Zalman Meltzer and Rav Moshe.

In 1952, Rav Moshe sent Rav Greenblatt to Memphis to assume the position as mara d’asra of the community there, a role he would go on to fill for 58 years, transforming the community into a burgeoning Torah center.

Rav Greenblatt began in Memphis as a bochur and only returned to New York to get married. Rav Moshe was his mesader kiddushin, and in contrast to his habit of remaining at weddings for just a short time and then leaving, he stayed from the chupah through the seudah and only left after bentching.

After close to six decades of Torah leadership and halachic guidance in the United States, four years ago, Rav Greenblatt moved back to Eretz Yisroel. The reason for the move, though, was a sad and disturbing one. Rav Greenblatt had heard that Jews were depositing money with a wealthy individual who offered high returns and decided to do the same. That individual was Bernard Madoff. When Madoff’s scheme was exposed, Rav Greenblatt lost all his money, with nothing remaining. He was left penniless and chose to move to Eretz Yisroel to continue learning Torah with renewed vigor.

“I have no money to buy an apartment, so I rent,” Rav Greenblatt remarked a few years ago after his move. “Financially, I returned here the same way I left. Penniless. But Rav Isser Zalman Meltzer’s bracha that I would go to America and return was fulfilled.” 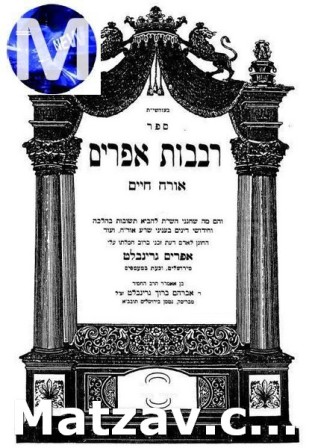 Rav Greenblatt often mentioned that he greatly regretted that his Torah library in Memphis of 26,000 seforim – one of the largest private libraries of its kind in America – remained behind, because the shipping would have cost more than $100,000, in addition to the fact that his small apartment in Har Nof, Yerushalayim, was unable to accommodate the seforim.

During his lifetime, Rav Greenblatt authored the heralded ten-volume Shailos Uteshuvos Rivevos Ephraim, an encyclopedic work with thousands of teshuvos addressing virtually every topic in contemporary halacha. He also authored the two-volume Rivevos Ephraim Al Hatorah, the two-volume Rivevos V’Yovlos, and numerous teshuvos and articles published in Torah journals and other publications.

Even after moving to Eretz Yisroel, Rav Greenblatt continued to answer shailos from all over the United States and delivered regular shiurim by phone to his baalei batim back in America.

In addition to being a posek and talmid chochom of note, Rav Greenblatt was well-known for his kindness, generosity and sensitivity. So many mechabrim of seforim who approached him for letters of approbation received one with graciousness and warmth. He was a role model in hasmadah and gadlus in Torah, and was just as much a model in middos tovos and ahavas Yisroel.

In many ways, Rav Greenblatt’s passing marks the severing of a unique kesher that this generation had to a previous epoch, though his seforim and the people he inspired ensure that his legacy is perpetuated.

His wife, Miriam, passed away in 2002 following a car accident. Rav Greenblatt’s sister, Rebbetzin Leah, was the wife of Rav Shlomo Brevda zt”l, whose first yahrtzeit was this week.

The levaya will be held at Shamgar in Yerushalayim at 10:45 a.m.