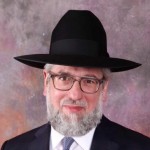 Were someone to ask me what Sarah Imeinu looked like, I’d say, “Look at Rebbetzin Sarah Schustal and you’ll know.”

Were someone to ask me what a bas Yisroel should look like, I’d say, “Like Rebbetzin Schustal.”

A holy woman walked among us. We had an image of what was demanded of us.

Always thoughtful and caring, loving and smart, calm and careful, she was the perfect combination.

Words fail me when thinking of how to describe her to someone who never met her. Paragon of virtue sounds like a cliché and farfetched. But it isn’t. Because that’s who she was.

She defined feinkeit. She defined middos. She was so pleasant and deeply satisfied. She was full of emunah and bitachon.

Born to an aristocratic rabbonishe family, she carried on the traditions of her parents with valor and greatness.

She never had much physically, yet she never lacked anything.

Her smile was divine, her speech angelic.

She supported her holy husband, Rav Simcha zt”l, in every way possible. She was a stalwart partner in his harbotzas Torah.

She would sit on the phone for hours, calling on behalf of the yeshiva. “How are you? This is Rebbetzin Schustal. Vos machen di kinderlach? How’s it going?” She asked because she cared, not to make small talk. And then she asked for the yeshiva.

She would call for the dinner, for the tea, for a parlor meeting. And people would come and say, “I came because the Rebbetzin called me. We are so close to her and to the rosh yeshiva. How could I not come?”

She was a mother to the young women whose husbands learned in the kollel of Bais Medrash Elyon, where her husband was rosh kollel, in faraway Monsey, or Spring Valley as it was known then. She was a grandmother to the children of the yungeleit. And when my mother gave birth to her fifth child days before Pesach, she cared for us and made Pesach for us. Every Shabbos, we would go to her house to bask in the glow of Rav Simcha and the Rebbetzin.

When the yeshiva in Stamford opened, she left Monsey, by then an established Yiddishe town. She left her bungalow and suburban life behind and moved into a city apartment.

In Stamford, as in Monsey, she breathed life into the yeshiva. A mother to the talmidim, she cared for everyone and loved everyone. And everyone loved her.

Most of all, she was proud of her children and their children and grandchildren. She merited raising children like her and her husband, each a gentle giant, each a gaon in Torah, chesed, yiras Shomayim and middos tovos. It is no wonder, for they nourished from those great and giving, nutrition-filled roots.

Say the name “Schustal” anywhere in the Olam HaTorah and the name is recognized as being synonymous with Torah, gedulah, yiras Shomayim, emunah, bitachon, middos tovos, yashrus, ehrlichkeit and gentle greatness.

The Rebbetzin will long be remembered as a partner in establishing an empire of Torah greatness.

Her life and the lessons she taught will continue to uplift and inspire.

At the same time, a void will remain, because we have lost an irreplaceable diamond.