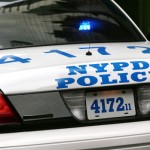 Back in 2011, the day after a Queens man reported his Honda Civic stolen, New York’s Finest found it and returned it to him.

Two months later, the same man was driving along the Van Wyck service road with his 11-year-old son when an NYPD vehicle cut him off at an intersection. Three other police cars surround the car, and officers approach with guns drawn.

After 30 minutes, the officers realize the man was telling the truth: It is his car. The mishap occurred because no one had taken the car off the stolen list.

In a sensible world, all parties would have had a good chuckle. The man and his son would have had an adventure. And the police would have taken the car off the stolen list so it didn’t happen again.

But this is not a sensible world. This is litigious New York. And here a clerical error becomes a federal case.

The man’s name is Clinton Pittman, and he is suing the city, former Mayor Michael Bloomberg, former NYPD Commissioner Ray Kelly and other police officers in federal court. Pittman claims he and his son “continue to suffer substantial mental and emotional harm” from the incident.

So proving no good deed goes unpunished, an NYPD that recovered this citizen’s car now finds itself sued. We appreciate no one enjoys being stopped by police.

Far better than a lawsuit would have been this: Thank you for being so diligent.