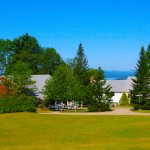 With summer camp registration approaching and all the talk about rabbeim not being paid enough, I feel like I must pen this letter to Matzav. As an insider in many factions of running camps, I can attest to all of the following.

A very painful thing happens every year in our community, especially in day-camps: Rabbeim who really need time off mentally and physically are all forced to work during the summer. That might not be so bad in and of itself, but it must be publicized that, on average, their entire pay is approximately $3-3,500 a summer. That is the high end of the spectrum. The thing is that camps give half off or a steep or not-so-steep discount for their children. Do you know that, in the the end, most of the salary or half of it goes back to the camp? This leaves rabbeim with no significant earnings. Some even have to pay even more out of pocket.

Herein lies the betrayal: Do you know that almost every kid who goes to camp, especially rabbeim’s kids, are eligible for lunch programs? This amounts to a huge windfall for the camps. It is an open secret in the industry that if no lunch money would be given through the government, the camps would not open. Ask any director. The utmost concern for a director is passing the lunch inspection. The camps are not like yeshivos. The profit for a successful camp is enormous. Otherwise, they would not be open.

Some sleep-away camps even put the staff kids on the lunch program and force the families to pick up the girls or boys who went off ground to day camp elsewhere for the day to be brought back for meals when the inspector comes. There is no need to tell you about the degrading speeches and admonishments from the director to his staff who do not get paid and work for room-and-board only on the days preceding the inspection.

So, in essence, the camp is making money off the rebbi’s child, who gets paid next to nothing and then it is taken back. How do we expect anyone else to treat rabbeim right if our own mosdos don’t? It would not hurt any camp to give them free tuition.

I know that they will tell you that there are trips, etc., but that is not the case. The profit is so huge that the least they can do is give the rabbeim a break. The camps can swallow it without a dent and still make exorbitant amounts of money.

There is much to write, but not enough time. I hope this will at least help someone.