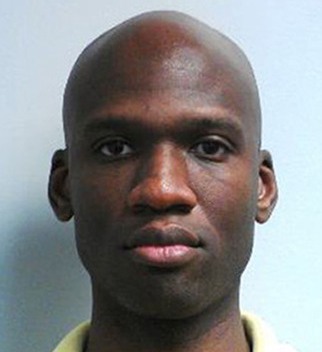 On the surface, Aaron Alexis’ time in the Navy appears to have been routine.

But as word spread today that Alexis is suspected of gunning down a dozen people at the Washington Navy Yard here, Navy officials who asked not to be identified said the 34-year-old veteran had a pattern of misconduct.

That pattern appears to have contributed to two prior shooting incidents in Seattle and Fort Worth — seemingly minor incidents that damaged a car and an apartment but resulted in no injuries.

What may have caused Alexis to go on a deadly shooting spree Monday morning remained a mystery to FBI and Navy officials, as well as acquaintances of the quiet man who split his time in recent years between Texas, New York and Washington State.

Alexis was working most recently for a company called “The Experts,” a subcontractor on an HP Enterprise Services contract to refresh equipment used on the Navy Marine Corps Intranet network. A federal law enforcement official said he was living at a Residence Inn in Southwest Washington.

The official, who is not authorized to comment publicly, said Alexis purchased at least some of the weapons used in the assault within the past few days in Virginia. Then on Monday, he allegedly drove to the Navy Yard complex and cleared security checkpoints before parking in a lot on the property.

It is believed that Alexis was involved in two altercations in which he opened fire, killing one or possibly two people. The official said Alexis then entered the building and proceeded to the third and fourth floors, where much of the assault was carried out.

The official said it wasn’t apparent that Alexis was targeting specific people, but that he apparently planned his actions in advance.

Valerie Parlave, chief of the FBI’s D.C. field division, appealed for the public’s help to assist in providing information about the shooter’s actions and movements prior to the attack. The FBI posted his photographs on its website.

Navy Secretary Ray Mabus told CNN that Alexis was serving as an information technology contractor at the time of the shooting. He had enlisted in the Navy in 2007 and attained the rank of Aviation Electrician’s Mate 3rd Class.

From 2008 to 2011, Alexis served with Fleet Logistics Support Squadron 46 at the Naval Air Station in Fort Worth. He lived in that area and was arrested at least once in 2010 for firing a gun through the ceiling of his apartment. He told police it had been an accident.

Seattle police released details late Monday of another shooting incident from 2004 in which Alexis shot the rear tires of a vehicle owned by a construction worker doing work in his neighborhood. Alexis told police he had an anger-fueled “blackout” but added that he felt he had been “mocked” by the workers and “disrespected” by the workers.

Alexis also told police he was present during “the tragic events of September 11, 2001” and described “how those events had disturbed him.” Detectives later spoke with Alexis’ father in New York, who told police Alexis had anger-management problems associated with PTSD, and that he had been an active participant in rescue attempts on 9/11.

A short LinkedIn profile of Alexis said he attended Embry-Riddle Aeronautical University and worked as a network technician at SinglePoint Technologies.

Officials at the university confirmed that Alexis was enrolled “as a worldwide online student via our Fort Worth campus. He started classes in July 2012 and was pursuing a bachelor’s of science in aeronautics.” The school bills itself as the world’s largest, fully accredited university specializing in aviation and aerospace.

Friends who knew Alexis in the west Fort Worth neighborhood where he once lived described him as an easygoing guy who practiced Buddhism and spoke fluent Thai — but who steadily complained about a lack of jobs and money and liked to carry a pistol in his belt.

Michael Ritrovato, 50, said he befriended Alexis about four years ago at a Buddhism festival in nearby Keller, Texas. He would see him often at the Happy Bowl Thai restaurant in Fort Worth, where Alexis worked odd jobs. Both fellow New Yorkers, Ritrovato and Alexis talked about jobs and girls and got together at Ritrovato’s house to watch the New York Giants play in the Super Bowl.

“He loved to have fun,” Ritrovato said. “We would have a few beers together.”

But last year, Alexis’ fun-loving attitude soured, he said. After landing a job with a computer company that took him to Japan, Alexis called Ritrovato to complain that the company hadn’t paid him in weeks. Earlier this year, Alexis called again to say his car had broken down and he didn’t have enough money to fix it, Ritrovato said.

Ritrovato said he tried to get him a government job several times, but Alexis would foul up the application process. Four months ago, Alexis called again with more car and money problems.

Alexis lived most recently in New York City, the Navy said. He had relatives in Georgia and Seattle, according to public reports. He was six feet, one inch and weighed 190 pounds. He last voted in Queens, N.Y., in 2000.