It is with great sadness that we report the passing of the Erlauer Rebbe, Rav Yochonon Sofer zt”l. He was 93 years old.

The Rebbe had battled illness the last few years and was most recently hospitalized because of a case of severe pneumonia. He passed away at Hadassah Medical Center in Ein Kerem a short while ago, early Monday morning.

The Rebbe was a great-great-grandson of the Chasam Sofer. The Chasam Sofer was succeeded as the rov of Pressburg by his son, Rav Shmuel Binyomin Sofer, the Ksav Sofer. The Ksav Sofer had 10 children, 6 sons and 4 daughters. One of the sons, Rav Shimon Sofer, the Erlauer Rebbe’s zaide, was born in 1850. In 1881, Rav Shimon was appointed as rov of Erlau (Eger). There he founded a large yeshiva, which became a foundation of the Erlau dynasty, a branch and direct link to the philosophy and teachings of Rav Shimon’s grandfather, the Chasam Sofer.

As Rav Shimon aged, he appointed his son, Rav Moshe Sofer, the Rebbe’s father and author of Yad Sofer, to be the active rov and dayan of Erlau.

Rav Shimon led the Jewish community in Erlau for some 64 years. He and his kehillah were deported to Auschwitz by the Nazis in 1944. Soon thereafter, at the age of 94, Rav Shimon was murdered by the Nazis together with his son, Rav Moshe Sofer, and many others from the city of Erlau. 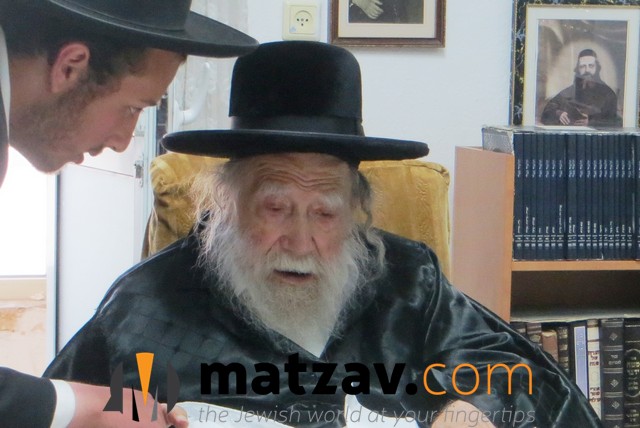 The Erlauer Rebbe was born to Rav Moshe in the town of Erlau in 1923. The Rebbe’s mother, Rebbetzin Tushena, was a daughter of Rav Moshe Yochonon Schonefeld, rov of Ermihalyfalva, Hungary.

While his father and grandfather were murdered at Auschwitz, the young Yochonon survived the war and returned to Erlau to lead the survivors, who constituted barely a minyan. In 1946, he was asked to serve as rosh yeshiva of the year-old Yeshivas Chasam Sofer, the only yeshiva in Hungary at that time, which had been established by Rav Shmuel Binyanim Frey for 30 orphaned young men in Budapest. The first rosh yeshiva, Rav Eliyahu Katz, son of the Nitra Rov, had returned to his community in Nitra, Slovakia, and the directors sought a descendant of the Chasam Sofer as their next rosh yeshiva. The Rebbe was willing to lead the yeshiva, but unwilling to leave his community in Erlau. The directors next approached Rav Moshe Stern, the Debreciner Rov, another descendant of the Chasam Sofer, but he was also unwilling to abandon his community.

The yeshiva directors came up with the solution of appointing both rabbonim as rosh yeshiva, with the Rebbe serving as rosh yeshiva during the first part of the week (Sunday, Monday and Tuesday) and Rav Stern serving for the second half of the week, and serving their respective kehillos the rest of the time. The Rebbe slept in the dormitory with the talmidim and refused to accept a salary. He continued in this arrangement for a year and a half, after which he opened a yeshiva in Erlau. After the Budapest yeshiva closed, the rest of the talmidim moved to Erlau.

In 1947, the Rebbe re-established the yeshiva in Erlau with a small group of bochurim. He married and was appointed rov of the fledgling kehillah there. 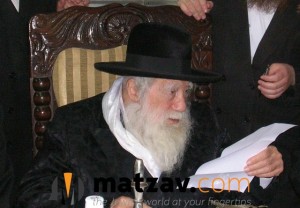 Due to the Communist grip on Hungary and oppression of Yiddishkeit there, the Rebbe assisted his talmidim and members of his kehillah to escape Hungary.

Rav Yochanan married his rebbetzin, Miriam, nee Pall, a daughter of Rav Yaakov Pall, and they had three children in Hungary.

In 1950, after the last Jew had left Erlau, the Rebbe immigrated to Eretz Yisroel together with his yeshiva. For a short period of time, the yeshiva merged with the Pressburg Yeshiva in Yerushalayim headed by Rav Akiva Sofer, the Daas Sofer, a great-grandson of the Chasam Sofer. The Rebbe served there as a maggid shiur.

During this time, the Rebbe became a close talmid of Rav Aharon Rokeach, the Belzer Rebbe. Although the Erlauer Rebbe’s ancestors were not Chassidish and conducted themselves as rabbonim, not admorim, the Rebbe was influenced by the Belzer Rebbe and the Skverer Rebbe to adopt numerous Chassidishe minhagim.

In 1953, the Rebbe founded the Erlauer yeshiva and kehillah in the Katamon neighborhood of Yerushalayim, starting with the purchase of a few rooms in the building of the former Syrian Consulate on Rechov Yotam. The yeshiva was named Yeshiva Gedolah D’Rebbi Akiva Eiger after the Rebbe’s elter-elter-zaide, Rav Akiva Eiger, father-in-law of the Chasam Sofer. Later, this yeshiva expanded to the whole building, where the Rebbe founded a dormitory and orphanage for Holocaust survivors and talmidim from needy families.

In 1961, the Rebbe constructed a new building in the empty lot adjacent to the yeshiva. It was named Ohel Shimon-Erlau after his zaide, Rav Shimon Sofer. This new campus includes a bais medrash, which serves until today as the main bais medrash for the yeshiva gedolah, a smaller bais medrash for the yeshiva ketana, a dormitory, classrooms, an otzar haseforim, a kitchen and offices. In addition, the Rebbe opened the Institute for Research of the Teachings of the Chasam Sofer. This institute researches and deciphers handwritten documents of the Chasam Sofer, his talmidim and descendants. It has brought to light and printed hundreds of seforim and distributed them worldwide.

The Rebbe set up a network of kehillos around Eretz Yisroel and abroad, including bptei medrash called Yad Sofer, Talmud Torahs known as Ksav Sofer, and kollelim called by the name Chasam Sofer. The main kehillos are in Katamon, Ezras Torah, Elad, Bnei Brak, Beitar Illit, Ashdod and Haifa.

The Rebbe was actively involved in all aspects of his yeshiva, giving shiurim to both talmidim and elderly members of the Erlau community and surrounding neighborhood, and he davened daily with his talmidim.

The Rebbe was appointed to the Moetzes Gedolei HaTorah of Agudas Yisroel by the Gerer Rebbe, the Bais Yisroel, when he was only 38 years old. At the time, the protocol was amended to allow a new member, as the original protocol allowed only rabbonim above the age of 40 to join. He was also appointed a member of the administration of Mifal Hashas by that organization’s founder, the Klausenberger Rebbe, Rav Yekusiel Yehudah Halberstam.

The Rebbe was widely respected by leaders of all kehillos, including the Litvishe world, the Sefardic world, Satmar, the Eidah Hachareidis, Chabad, and the National Religious community.

While the Rebbe was a presiding member of Moetzes Gedolei HaTorah of Agudas Yisroel, the Erlau community is part of the Shlomei Emunim faction within Yahadus Hatorah, representing all Agudas Yisroel factions.

Upon the initiative of the Rebbe, the Erlau community took an active part in the launch of the HaMevaser newspaper in the late 2008, which is owned and run by Rabbi Meir Porush.

The levayah will be held at the Erlau Yeshiva Gedolah. Details will be provided once they are finalized.

UPDATE: The levayah will be held at 11:30 a.m. at the Erlau Yeshiva Gedolah in the Katamon section of Yerushalayim. Kevurah will follow on Har Hamenuchos.