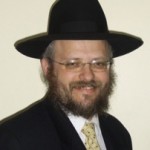 Structure and rules in schools are extremely important, and necessary for the purpose of maintaining order and is conducive to being able to teach in a classroom setting.  However, the rules by which we educate our young must be laid down according to the Torah’s perspective. Unfortunately, the Torah system is incorporating more and more rules from Western ideology.

Recently, the terminology of zero tolerance which leads to expulsion, has seeped into our schools,  yeshiva and seminaries as a standard policy.

Where does the terminology of zero tolerance come from?

For the past 20 years, violence, drugs and corruption have escalated in the public school sector, which has forced institutions to take drastic measures to combat this ever growing trend. In 1994, the public school system implemented the policy of zero tolerance, where pre-determined punishment regardless of individual culpability, extenuating circumstances, or history was meted out.  Boruch Hashem, our schools do not breed such lawlessness. Therefore, by our school system adopting this terminology and policy, albeit for lesser infractions, which we see written into the school regulations, it is giving the message to our children that they have the potential for violence and decadence etc. This leads to mistrust and a lack of respect the students have for the institution. Rules are written with the assumption that there is a possibility that such acts could be committed. Therefore, we are exposing our children to the idea that they have the plausibility to enact inappropriate behavior.

On a deeper note, Chazal teach us that when Hashem created the world, He started off with His name “Elokim”- middas hadin ( judgement). Meaning, zero tolerance,- if the laws were not kept, mankind would be punished immediately. But Hashem saw that the world could not exist with zero tolerance and so He used His other name “Yud, kay, vov,kay” – middas rachamim – meaning tolerance. Even if mankind would not be able to keep Hashem’s laws, Hashem would still have mercy on him and wait for him to do teshuva, sending him wake up calls periodically.

As Chazal tell us, we are meant to walk in the ways of Hashem. Just as Hashem is merciful (tolerant) so we should be merciful. The Torah tells us that the only time a person can be removed from an environment, is when he kills someone unintentionally ( b’shogeg). In this case, he is required to run to the Arei Miklat-the city of refuge. He has to stay there until the Kohen Gadol dies. Chazal teach us something unbelievable – who goes with the person who killed b’shogeg? The Rosh HaYeshiva is required to go with him. Meaning the whole yeshiva picks up and goes with him to the Arei Miklat. The question is why? What did the Rosh HaYeshiva do, that he needs to go with him? Chazal tell us that he is the cause of this situation and has to take achrius for it.

Until the third Beis haMikdash has been rebuilt,(speedily in our days),  and the Arei Miklat are once again in our midst, no student should be ever expelled due to zero tolerance.

Rabbi Dovid Abenson is the founder and director, author and lecturer at Shaar HaTalmud, a unique yeshiva based online program, featuring evaluations and remediations, working with students to upgrade skills in Hebrew reading, chumash/rashi and gemara studies, consulting school principals world – wide to improve their ability to discover students who possess under-developed skills. He can be reached at [email protected] or 1-877-HATALMUD (428 2568).