The Lessons, The Dangers, The Truth

There are a number of lessons to be learned from the incident last night at a Boro Park eatery on 13th Avenue where a non-Jewish worker brought packages of non-kosher hot dogs. After speaking to a number of rabbonim machshirim, the consensus is that this story would have been better left unreported and that the implementation of mashgichim temidim in certain establishments is imperative.

At no point was this incident the scandal it was portrayed to be by some people and news sources, Matzav.com was told. 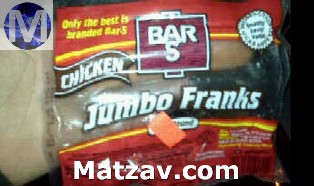 “The first thing that must be stressed is the danger of spreading rumors that does nothing more than cause fear and panic amongst the public,” a rav hamachshir in Flatbush told Matzav.com. “No rov would sanction making a story public until all the facts have emerged – and even then it is not so poshut (simple) that the story should be publicized. Websites especially have a great responsibility in this regard. Once it is out in the open, however, it is important that the truth is reported.”

Rabbi Moshe Weiner of the Kashrus Information Center of Flatbush, spoke with Matzav.com at length this morning regarding the incident. Rabbi Weiner was in touch with Rav 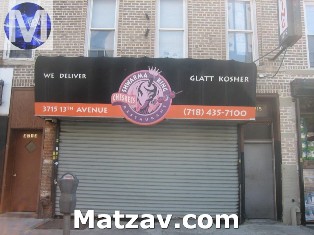 Shmuel Teitelbaum of the Tartikover Beis Din, who gives the hashgacha on the establishment, Cheskel’s Schwarma King, located at 3715 13th Avenue, between 37th and 38th Streets in Boro Park, Brooklyn.

Rabbi Weiner said that a number of things must be learned from what occurred. Primary among them is that all fleishige establishments should absolutely have a mashgiach temidi – not just a frum worker on site, but a mashgiach, even a working mashgiach.

The recent tumult, which was unfortunately blown out of proportion, was simply the result of a mistake made by an 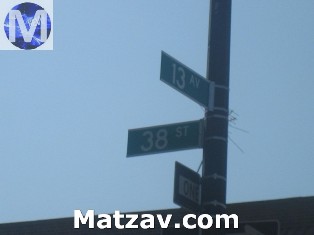 Last night, the store, which is owned by a Sefardic Jew, ran out of hot dogs. A new non-Jewish employee at the store was sent to the nearby KRM (Kollel Food Store) on 39th Street to purchase hot dogs.

This was a violation of the Tartikover Beis Din’s guidelines, which forbids a store from purchasing food from local stores. “The establishment is permitted only to make purchases from its regular suppliers,” said Rabbi Weiner.

The employee returned with four packages of hotdogs, which were brought into the kitchen. The tumult erupted when someone in the store spotted the non-kosher packages. The packages were out in the open, however, on the counter, and were not concealed in any way, making it clear that what happened was an error and was not deliberate.

At that point it was discovered that the employee had actually gone to a local non-Jewish store to purchase the hotdogs, rather than going to KRM.

From what Matzav.com has been told, the worker did not do so on purpose and was unaware that what he had purchased was problematic.

About an hour later, Rav Teitelbaum was contacted and an investigation was initiated.

Rav Yitzchok Stein, who is on Rav Chatzkel Roth’s bais din, and Rav Moshe Roth, a son of Rav Chaskel Roth and brother of Rav Amrom Roth, a widely used rav hamachshir in Boro Park, were dispatched to the scene.

It was determined that the store had recently ordered 1,500 hotdogs from Meal Mart/Alle Processing and had depleted its supply that evening, prompting someone in the store – it seems a frum worker – to send the employee to purchase additional hot dogs.

The employee was subsequently fired.

“After an incident in Flatbush four years ago,” Rabbi Weiner told Matzav.com, “we established guidelines which require every fleishige store to have a mashgiach temidi. The guidelines were introduced again after the Monsey incident. Without question, as the KIC recommends, every fleishige store – not just in Flatbush – should have a mashgiach temidi.”

Rabbi Weiner said that this incident in Boro Park, which the Tartikover Beis Din has acknowledged was a mistake that shouldn’t have happened, should not be blown out of proportion as many have done, but it should serve as a wake-up call.

“In this case, the system should be faulted,” said Rabbi Weiner, “not the hashgacha.”

“We see how the Aibishter gives us bumps once in a while,” he added. “We are being lax in hashgachos in general. This is only a symptom of what is going on.”

No one with a title of mashgiach was at the Boro Park store at the time the incident occurred, said Rabbi Weiner, and that is a problem.

“An important issue here is also the irresponsibility of those who create unnecessary havoc and fear amongst people,” said a mashgiach who works in several establishments in Brooklyn and Manhattan. “You can’t imagine the damage that can be done when websites or others report a story like this before the facts emerge.”

Kashrus mistakes happen quite frequently, the mashgiach said. “Often, for example, a store will run out of duck sauce and the owner or manager will ask a non-Jewish employee to pick one up at the local grocery, and the worker mistakenly brings back a non-kosher brand. The owner will usually just throw it in the garbage. If this would get media coverage each time, we would have hundreds of scares a week. These issues happen and have to be dealt with responsibly.”

The consensus of those we spoke to is that a mashgiach temidi is a necessity in all fleishige stores. Many establishments, however, cannot afford the cost of a full-time mashgiach.

“I also wish to tell the public not to take things for granted,” related the mashgiach. “Especially in Boro Park, I find that many people will walk into any establishment as long as there is a sign in the window stating it is kosher. Not every store is acceptable and not every hashgacha meets everyone’s standards. Those who are careful about what they consume must be vigilant. An educated consumer is indeed the best costumer.”

As for the creation of tumults, there are certain times when the public must be made aware of mishaps. However, these cases are infrequent and should be decided by responsible rabbonim, said the mashgiach.

Rav Yisroel Belsky shlit”a, Rosh Yeshiva of Yeshiva Torah Vodaas and noted posek, once spoke at a gathering in Lakewood, NJ, where he addressed many of the various tumults that have unfortunately been spread and have frightened people into thinking that their milk, meat, eggs, oil, cups, etc, are not kosher.

Rav Belsky, who also serves as a posek for the Orthodox Union Kashrus Division, told the gathering that many years ago, he discovered a shailah regarding the process used to manufacture aluminum pots, which are found in every home. He spoke to Rav Yaakov Kamenetzy zt”l and the two of them decided to travel to the East Side to discuss the matter with Rav Moshe Feinstein zt”l. Rav Moshe heard the shailah and said that he needs time to think it over. However, he stressed that under no circumstance should anyone find out about this shaila until he reaches a p’sak. People finding out will cause unnecessary alarm and panic and it will result in major hefseidim, he said. A week later, Rav Belsky and Rav Yaakov returned to Rav Moshe and Rav Moshe was matir the pots for a number of reasons.

Rav Belsky commented that such is the responsibility, wisdom and foresight of a true gadol.

He mentioned that the kohen gadol enters the Kodesh Hakodoshim on the holiest day of the year, Yom Kippur, and beseeches Hashem on behalf of all of Klal Yisroel. Chazal stress, however, that the Kohen should only be mispallel a tefillah ketzarah, a short tefillah, so as not to unnecessarily frighten the nation that something happened to him while inside.

Rav Belsky gave the following humorous moshol. Imagine, he said, if one would be in a wedding hall and notice a banana peel on the floor from an earlier gathering. There are two routes he can take. He can start running around and telling people how irresponsible the cleaning crew is and how they leave a stumbling block in the middle of the dance floor. He can yell about how people can trip and hurt themselves. He can then go and print a kol koreh alerting people to use caution when they go to that hall as the cleaning crew is irresponsible. He can go to rabbonim and get them to ban the hall until drastic measures are taken and new employees are hired. Or, the more responsible thing to do would be to just pick up the banana peel, put it in the garbage, and perhaps mention to the caterer to remind his workers to be more diligent.

Unfortunately, with modern technology, anyone can spread rumors about anything. People automatically believe what they read and this is compounded by blogs and news sites which do not take the big picture into consideration.