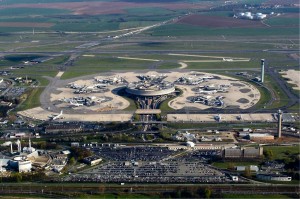 Terrorists had barricaded themselves in an apartment in Saint Dennis north of Paris in order to plan a terror attack against Charles De Gaulle Airport, France 2 reported. Meanwhile, police reportedly raided the airport upon receiving intelligence information but no arrests were made.

At the same time, a number of media outlets in Europe reported that Paris terrorist Salah Abdeslam, known as the eighth terrorist, apparently managed to escape to Spain before the French Police could get their hands on him. It is still not clear whether the mastermind behind the Paris terror attacks Abdelhamid Abaaoud was arrested during the Police raid of the terrorist hide-out.

A security official in Spain stated that the French authorities sent a message to all Police forces in Europe and asked them to look for the suspicious car where Abdeslam made his escape. However, the anonymous official stressed that he could not say for sure whether the terrorist was in Spain at this time.