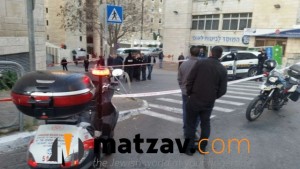 [Video and photos below.] An Israeli soldier was stabbed and moderately injured outside Yerushalayim’s central bus station this morning, when where large numbers of soldiers catch buses back to their bases after a Shabbos break at home.

A security guard who witnessed the stabbing fired at the Palestinian assailant, who surrendered to him and was then arrested, police said.

“A private security guard who saw the event overpowered the terrorist until police arrived at the scene. The terrorist is under arrest,” a police statement said.

Paramedics administered first aid to the victim, who suffered wounds to the upper body, and evacuated him to a hospital in the city.

It was the second attack in Yerushalayim in less than 24 hours.

A Palestinian man tried to stab an Israeli policeman on Shabbos at Shaar Yaffo near the Old City and was shot dead by other officers, a police spokeswoman said. 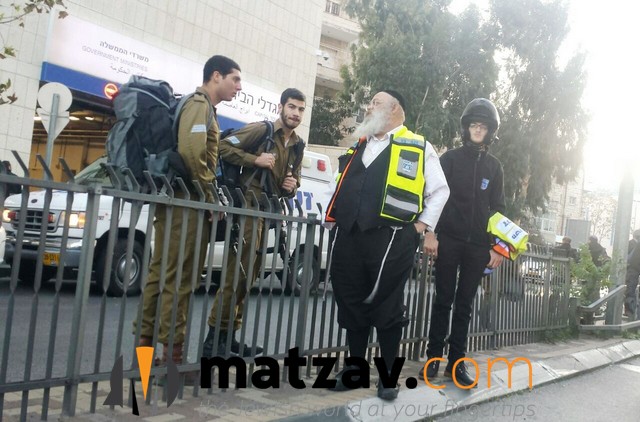 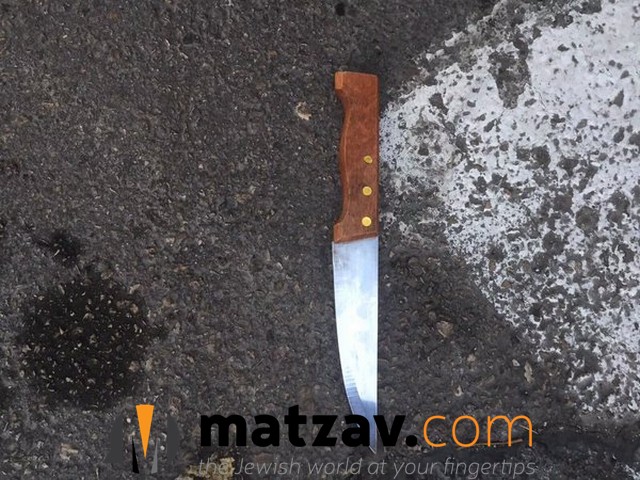 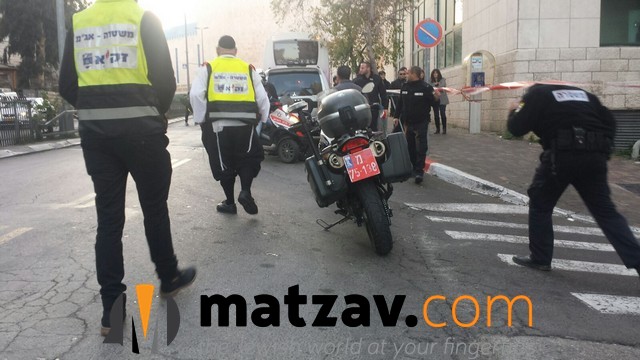 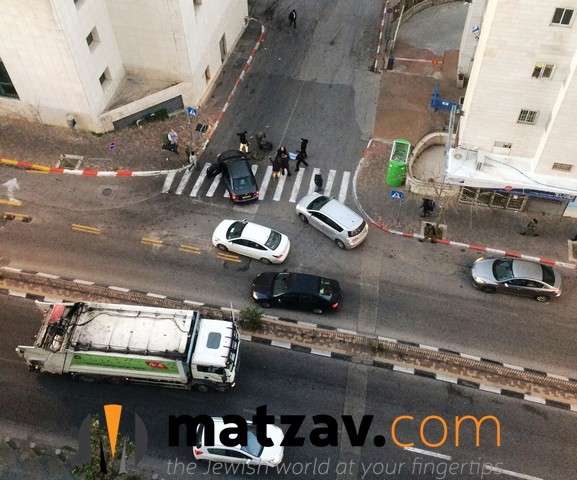 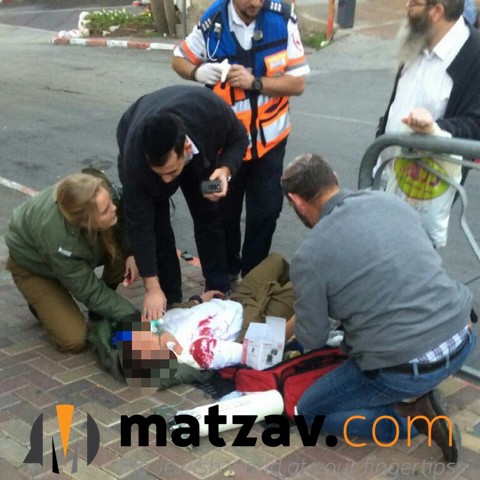 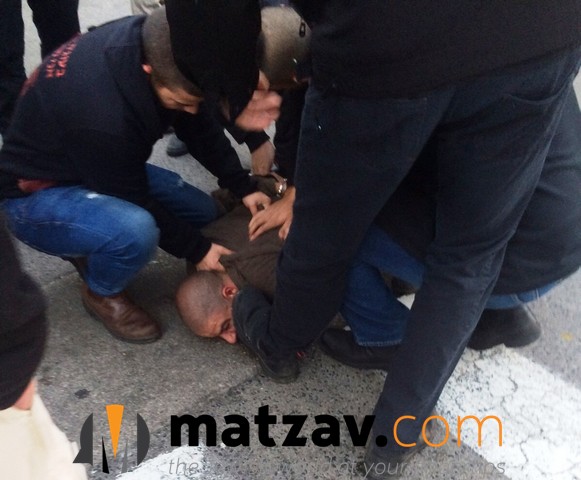 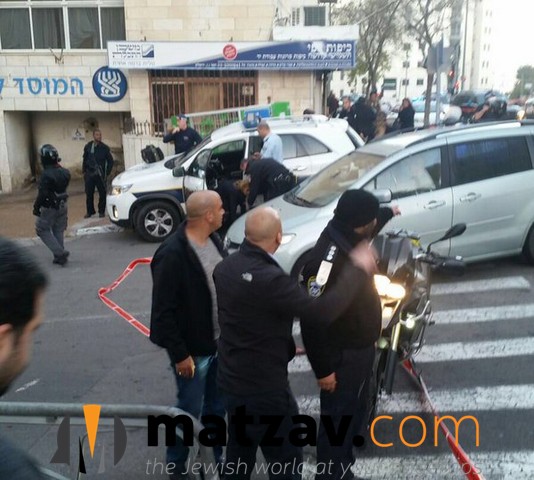 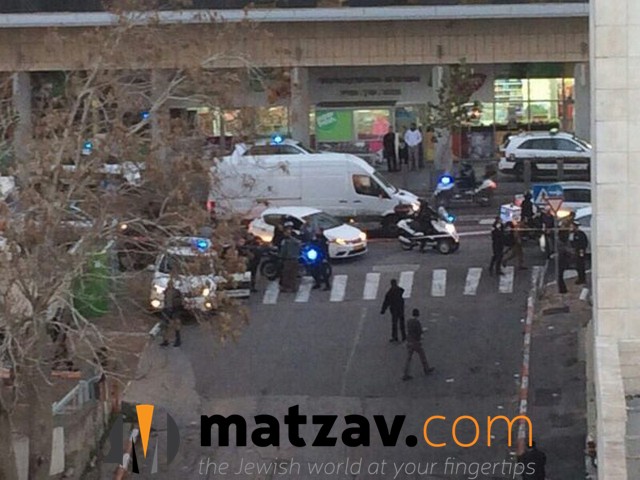 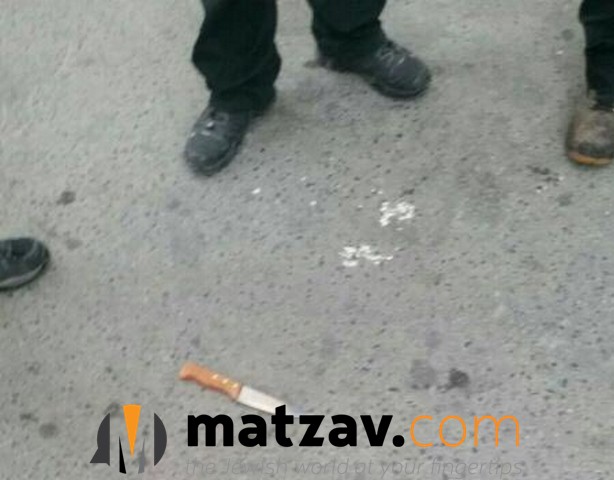