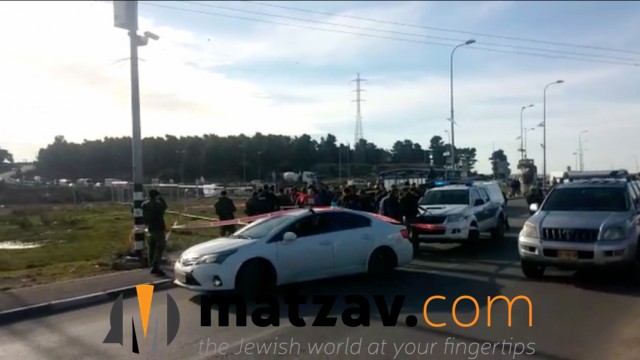 A soldier was lightly injured this morning in a stabbing attack in the West Bank Etzion bloc south of Yerushalayim, the Israeli army said.

The attack took place at the Gush Etzion Junction adjacent to the Alon Shvut settlement, the site of several previous stabbing and car-ramming attacks during the current round of violence.

The attacker was shot and killed by forces at the scene responding to the attack, the military said.

The Magen David Adom ambulance service said the victim was a 34-year-old man with light wounds to his face and arms.

MDA spokesman Zaki Heller said the victim was conscious and “walking around” when paramedics arrived on the scene.

“We put him immediately on the intensive care ambulance and gave him first aid on the way to the hospital. He was lightly wounded and he spoke with us during the ride,” he said.

A police spokesman said the area has been closed off.

Initial reports said the incident also included a car ramming attack, suggesting a car drove into a group of soldiers before the driver exited the vehicle and proceeded to stab victims. 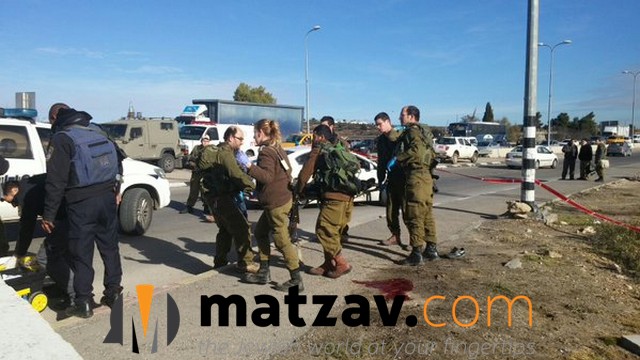 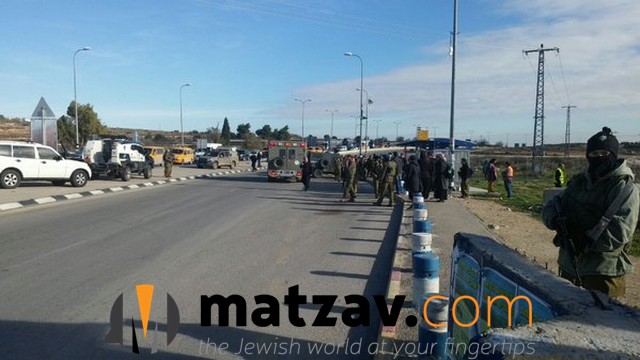 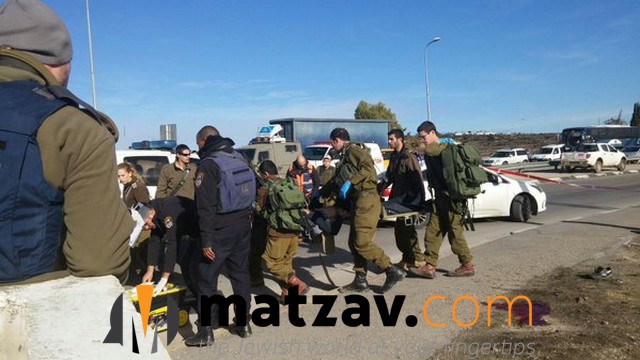 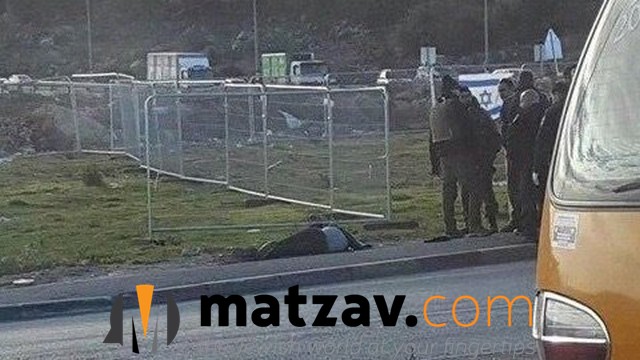