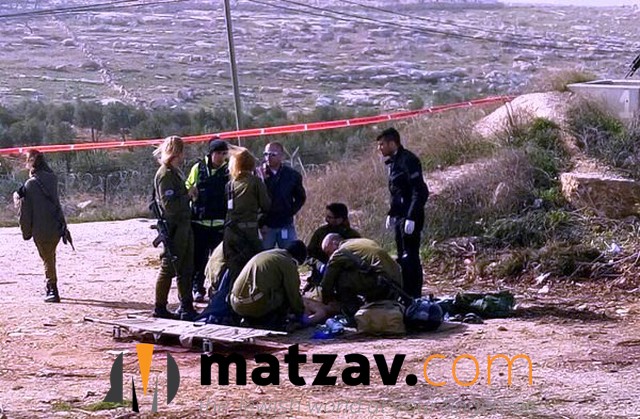 A teenage Palestinian terrorist stabbed a woman in the settlement of Tekoa, southeast of Yerushalayim in the West Bank, moderately injuring her today.

The 15-year-old stabber was shot by an armed civilian after fleeing the scene, outside a clothing warehouse in the community. Although the IDF initially said he was dead, the army later amended its statement, saying he was evacuated to a hospital for treatment.

Magen David Adom paramedics reported they were called to treat the injured woman, Mrs. Michal Froman, who suffered from wounds to her upper body. She is the daughter-in-law of the late Rabbi Menachem Froman, a former rabbi of the community.

“On one of the streets in the settlement, we saw an approximately 30-year-old woman sitting in a car,” MDA paramedic Yoni Silman said. “She was fully conscious, after having been stabbed on the street.

“People put her into the car as she suffered from stab wounds to the upper body,” he continued. “We put her in the ambulance and gave her medical treatment. She was in moderate and stable condition.”

Mrs. Froman, who is pregnant, was evacuated to the Shaare Zedek Medical Center in Yerushalayim for further treatment. Her condition was initially described as “serious.” After surgery, the hospital said that Froman was not in life-threatening danger, and that the fetus was stable.

After attacking Mrs. Froman, the stabber fled the scene and was shot by security forces next to a nearby horse farm. He had entered Tekoa through a hole in the perimeter fence, reports said.

In what appeared to be a precautionary move, Tekoa residents were instructed in a text message to remain in their homes and lock their doors until further notice. The settlement also told residents who employed Palestinian workers to take them out of the community.

“In light of a situational assessment and following recent terror attacks, security measures have been taken in the communities in the Etzion Bloc and all Palestinian workers have been instructed to leave the communities by the Etzion Regional Brigade commander Col. Roman Gofman,” an IDF spokesperson told The Times of Israel.

All are asked to say Tehillim for Michal bas Esther. 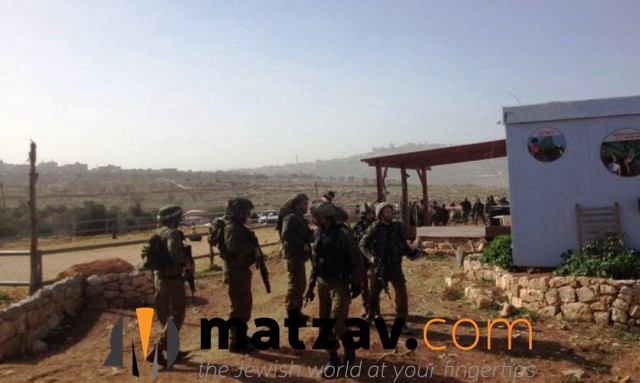 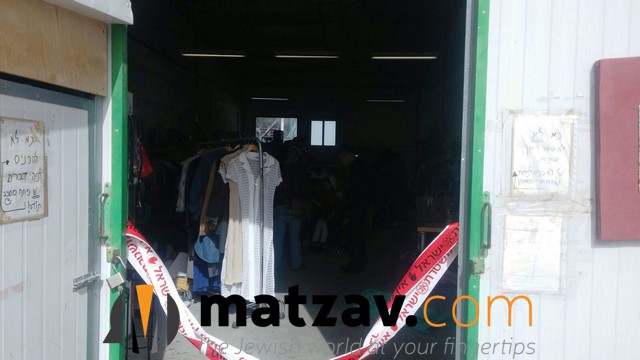 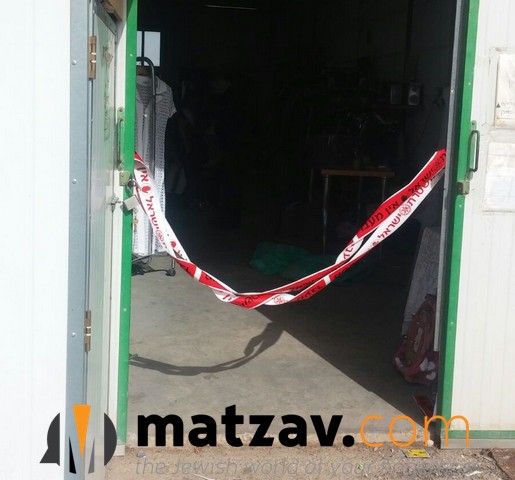