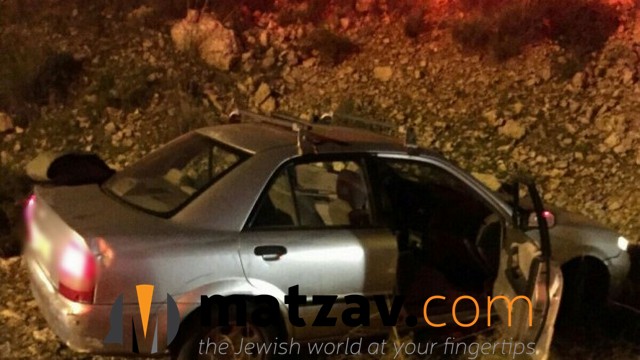 Two Israelis were injured Wednesday evening in a shooting attack next to the West Bank settlement of Avnei Hefetz, southeast of the Palestinian city of Tulkarem, according to security forces, Times of Israel reports.

The two were travelling in a car when shots were fired at them from a passing vehicle, the army said. IDF troops are currently searching the area for vehicle that fled the scene.

Twenty bullet holes were found in the couple’s car, according to Channel 2 News.

Magen David Adom paramedics treated a 60-year-old woman for light injuries. She was evacuated to the Meir Medical Center in Kfar Saba for further treatment.

A bullet pierced the skull of the 60-year-old man who was taken to the Beilinson Hospital in Petach Tikva where he was taken into surgery.