Updated: A 25-year-old British woman was murdered in a terror attack on the Yerushalayim light rail this morning, Erev Shabbos Chol Hamoed, while two others were lightly injured. The incident took place right near the walls of the Old City of Yerushalayim, along Rechov Yaffo.

The terrorist, Jamil Tamimi, a 57-year-old resident of the Ras al-Amoud neighborhood of East Jerusalem, was neutralized by a group of police and civilians and then taken into custody by police.

The British woman as treated at the scene and then transported to Hadassah Hospital on Har Hatzofim, where she passed away.

Reports state that an expectant woman suffered injuries to her stomach when the light rail came to a sudden halt because of the stabbing, while a man hurt his foot while trying to flee the scene.

Shaar Shechem has been shut down by police as they investigate the stabbing.

Update: The police commander for the Yerushalayim district has said that the terrorist is a “mentally disturbed” individual. 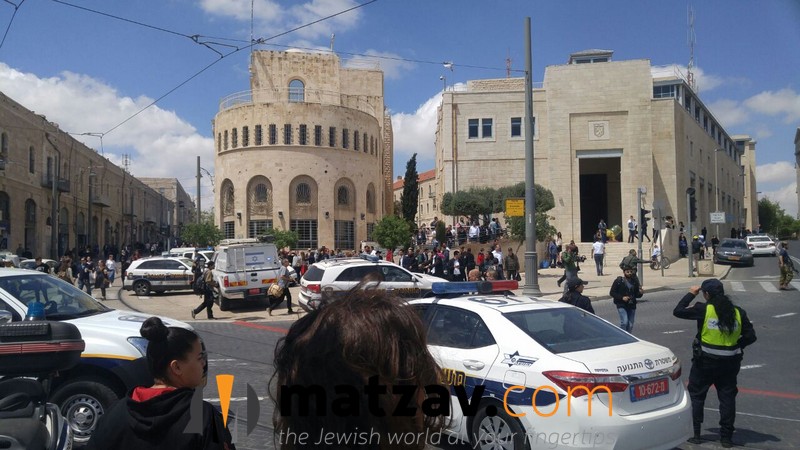 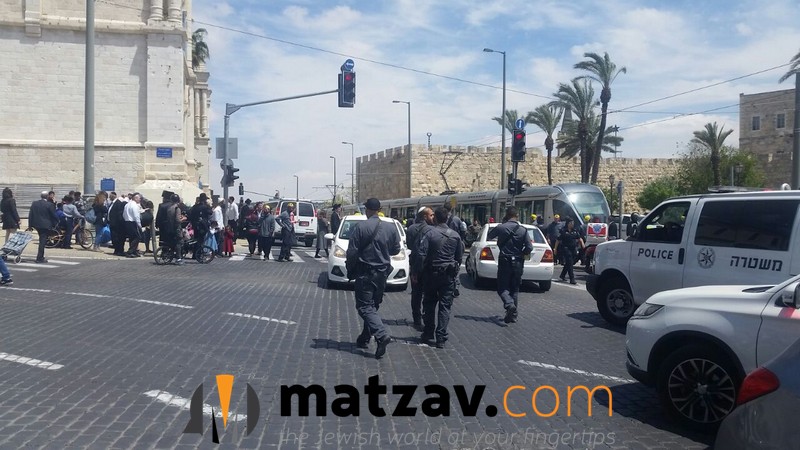 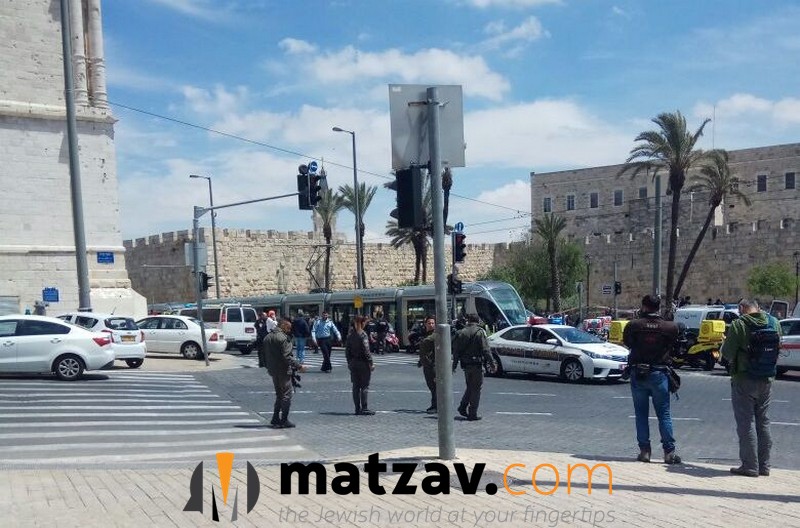 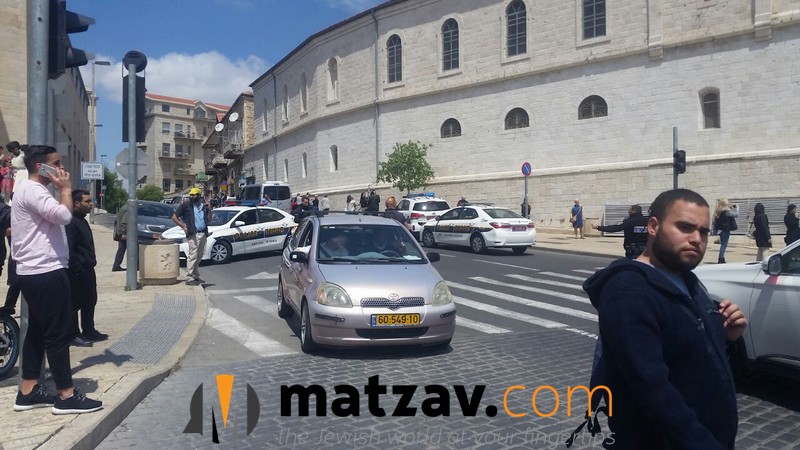