Three Israelis were wounded lightly when a Palestinian female terrorist slammed her car into a police vehicle outside the community of Adam, also known as Geva Binyomin, north of Yerushalayim. After hitting the police car, the terrorist drive into the community’s gate.

Two policemen, both age 52, and a civilian man, age 34, were treated at Hadassah Hospital for light wounds.

The terrorist is alive and is being interrogated.

Police first thought that the crash was an accident, but the terrorist later admitted that it was on purpose.

Watch security camera footage below as two police vehicles pass the Adam gate, and the terrorist slams into the guard post. 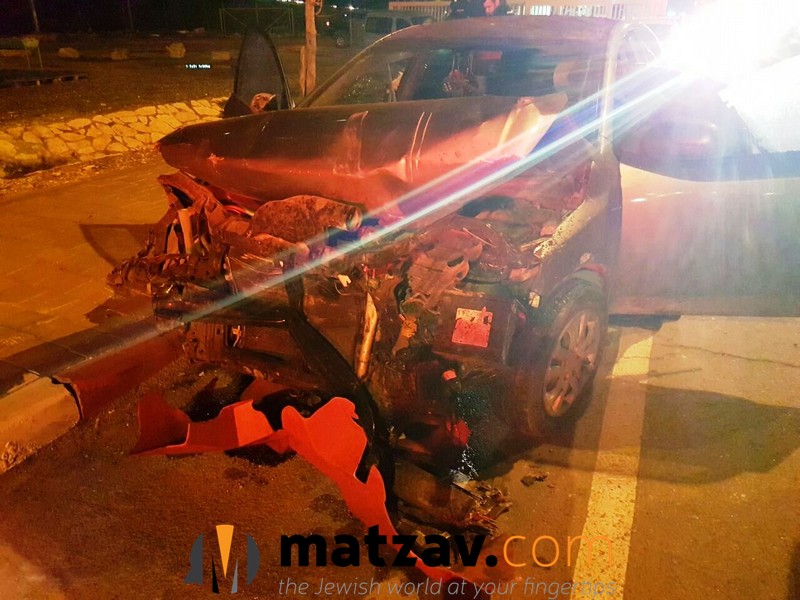