A scary scene took place in front of Chabad of North Hollywood last night, where a masked man holding what appears to be a hatchet posed in front the Chabad House.

These pictures were taken by Noah Oiknine, who said:

“I took these pictures and just witnessed A man with his head covered in a turban with a huge hatchet and sword was making threatening gestures towards the Chabad and the Jewish people! EVERYONE BE ON HIGH ALERT! I already called the police and made a report. Share this message and post and call all your Shul’s and make sure they have armed security in front! I have also called local rabbis to spread the word. I saw him drive off in a white Toyota Corolla, couldn’t catch the plates.” 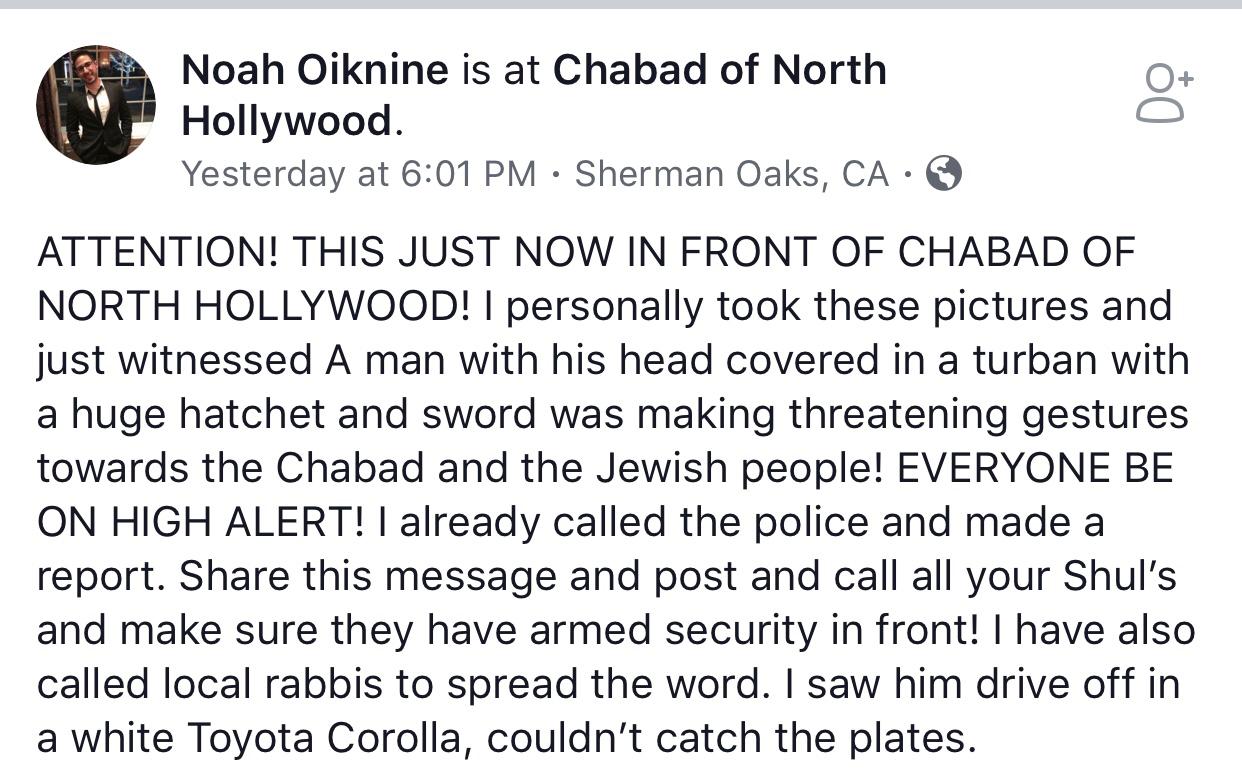