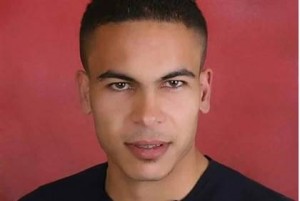 Hamza Matrouk, the terrorist who stabbed passengers on a Tel Aviv bus Wednesday morning, learned his craft from the Internet, he told interrogators, Arutz Sheva reports.

Matrouk, who was shot in the leg and arrested as he tried to escape after stabbing and injuring a dozen people on a Dan company bus in Tel Aviv early Wednesday, was apparently a big consumer of online videos relating to Islamic theology, anti-Israel and anti-Semitic philosophy – and training videos on attacking Jews.

Among other things, Matrouk said, he also watched many videos portraying the IDF’s responses to Hamas terror rockets fired at Israel during Operation Protective Edge, as well as the events on the Temple Mount, as Israeli police try to stop riots and rock throwing by Arab rioters. It was these videos, he said, that prompted him to sneak out of Tulkarem and go on his stabbing spree.

Twelve people were wounded in the stabbing attack, with 17 receiving treatment from Magen David Adom (MDA).