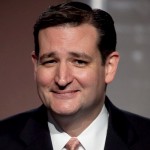 Republican presidential contender U.S. Sen. Ted Cruz (R-Texas), who called for the resignation of Secretary of State John Kerry earlier this week, told the Jerusalem Post in an interview that Kerry’s suggestion “that Israel could become an apartheid state” is “slander.”

That claim is “one often repeated by the terrorists and it should not be coming out of the mouth of a United States Secretary of State,” Cruz said.

“There is a qualitative difference between antics of Palestinian terrorists murdering innocent women and children in response to the relentless incitement from the Hamas, from the PA (Palestinian Authority). There’s a qualitative difference between that and the IDF defending the safety and security of the nation of Israel. And John Kerry’s suggestion that they are morally equivalent is wrong, harmful and deeply offensive,” said Cruz.

“If Israel chooses to negotiate and reach a settlement with the Palestinian Authority that is Israel’s right as a sovereign state and America can help provide a fair forum for negotiations. But it is not the role of the American government to attempt to lecture the Israeli people or dictate terms of peace,” he said.

With regard to the issue of Israeli construction in Judea and Samaria, Cruz said that “the question of settlements is a question for Israel as a sovereign nation to decide. I don’t believe an American president should be dictating to the nation of Israel where Israelis can choose to live. And the fact that Israelis choose to live in Judea and Samaria is not justification for terrorism or murder. And it is yet another example of the Obama administration’s repeated false moral equivalency to suggest that it is.”

“Israel is a sovereign nation. Israel is our ally. We should stand with Israel,” he said.